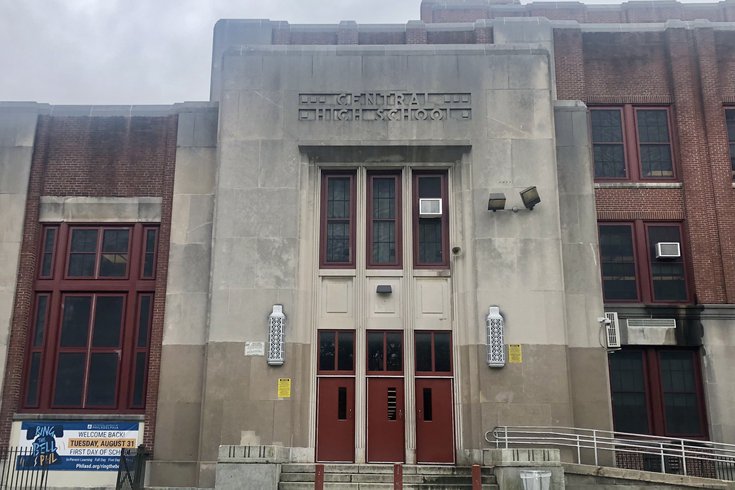 Officials discovered Native American remains at Central High School in Philadelphia, which launched an effort to repatriate the remains and take inventory of all School District of Philadelphia schools to discover any other remains.

The School District of Philadelphia is launching a district-wide search for "skeletal items" after Native American remains were discovered in a high school classroom closet over the summer, the district announced Friday.

Central High School said in a letter to parents that the human skeletal item was used as a teaching aid in the mid-1900s and dated back to 1850.

The district is working with the Department of the Interior, Temple University and other experts to help repatriate the remains, the Associated Press reported. The school district said it has not used real human remains in class in more than a decade.

Officials are also working to create an inventory of all schools in the district to determine if there are more skeletal items that can be returned to their ancestors.

CHS is the second-oldest continuously operating public high school in the country, and it's not the only school that used skeletal remains in class.

“This is part of the story of early medicine around the world where the deceased entered collections without their consent from cemeteries and other contexts,” said Temple University’s Chair of the Department of Anthropology Dr. Kimberly Williams, who is working with the school district.

When someone dies, experts can run tests to determine the race, gender and age of the person when they died and how they died.

Williams said archaeological remains from Indigenous communities were often sold and traded during “an era of inquiry about the differences between the ‘races.’ This is and was unequivocally wrong and unacceptable.”

Shannon O'Loughlin, chief executive and attorney at the Association of American Indian Affairs, told AP that researchers might never be able to determine which tribe the ancestor's remains were from without records of how and where the remains were obtained.

In those cases, federal officials often reach out to tribes with homelands affiliated with where the remains were housed.

“It’s not going to be easy. Someone has stolen someone’s relative and used their remains for whatever reason, and in the process disconnected them from their people. And that’s not something that can easily be undone,” O’Loughlin said.

This comes after other Philadelphia institutions have had recent reckonings with the treatment and display of skeletal remains belonging to people of color.

Earlier this year, the Penn Museum disclosed a staff member had displayed remains from a child victim killed in the MOVE bombings in 1985 for an online course.

Philadelphia's former public health director, Dr. Thomas Farley, resigned after he disclosed he had ordered a box of bone fragments and possible remains from the MOVE bombing investigation to be destroyed.