Overbrook High School began using Yondr pouches to store students' devices in May with much success, but some teachers say the money could be better used elsewhere 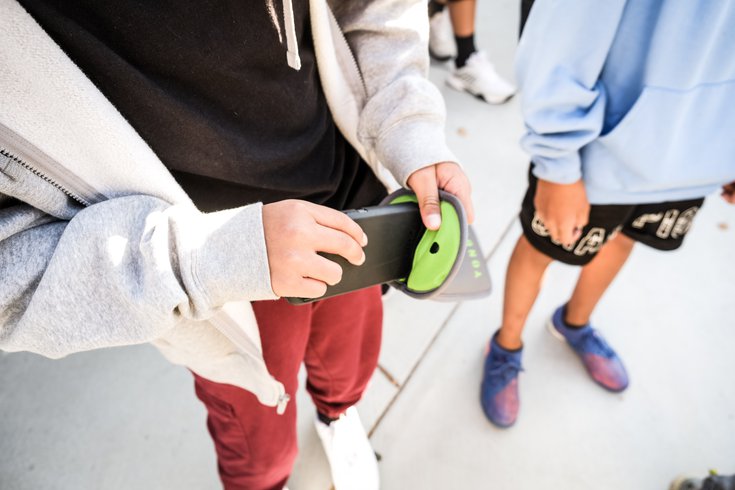 Yondr pouches can be used at schools or concert venues to lock cell phones from use. School District of Philadelphia teachers are debating whether they will help increase class attendance and engagement, or invade students' privacy.

The School District of Philadelphia is deciding whether to lock up more phones in classrooms across the city.

It wouldn't be as simple as shutting confiscated cells in a drawer. The district is considering investing in locking phone pouches, which teachers would distribute at the start of class and return at the end, holding the "key" — in this case, an unlocking magnet — the entire time.

Nearly two dozen schools already use the pouches. Now, the district may approve additional funds to get more.

On Thursday night, the school board was set to vote on a five-year contract with Yondr, the company behind these phone pouches. If approved, the contract would authorize the district to spend up to $5 million on the products, the use of which would be at the discretion of each individual school. But according to 6ABC, the vote was delayed at the last moment to give principals more time to discuss the issue.

Christina Clark, a communications officer for the school district, told PhillyVoice that the vote would appear on the board's agenda again when the schools were ready.

"The School District of Philadelphia has identified a need for a program to support phone-free environments in schools during instructional time," the original agenda reads. "With a cell phone free environment, schools can increase engagement in the classroom so that there can be a substantial increase in student learning.

"Furthermore, the absence of cell phones during the day can help lead to less incidents of cyber bullying, reducing the number of students leaving the building and returning illegally by texting their friends, and a reduction in class cuts." 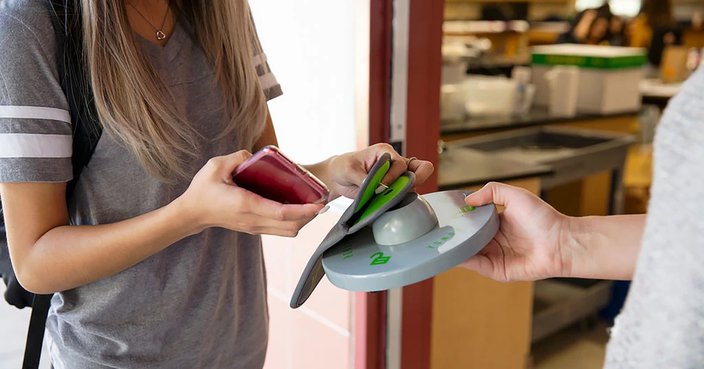 Yondr phone pouches can be unlocked via a magnet, shown above.

The Inquirer reported that the pouches would be available to all 216 district schools, but it's unclear how many would adopt them. Though school officials at Overbrook High School, which implemented Yondr pouches in May, have raved about their results, some teachers feel the money could be better spent elsewhere, and worry about the invasion of students' privacy.

Others caution that kids on TikTok have already figured out how to jailbreak the pouches.

On its website, Yondr says it has been partnering with schools since 2014. In addition to the 22 Philadelphia schools that already use Yondr, schools in Massachusetts, California and New York also have adopted the products. In a Yondr-produced video, two assistant principals for Rochester's School of the Arts claim that their students preferred the locking pouches to the old method of confiscation. They also say it's increased attendance.

"What we've noticed is that since Yondr, kids aren't skipping," Jo Ann Aspenleiter says in the video. "And you know why? Because if they're skipping, they have to unlock their phone. So skipping is virtually nonexistent now, as far as leaving the building, which has increased our security benefits tenfold."

Apart from schools, Yondr also has become an increasing fixture at concerts and comedy shows, where headliners like Dave Chappelle can keep new material from leaking online.