'School of Rock' musical based on hit film coming to Philly

For those about to rock, we salute you 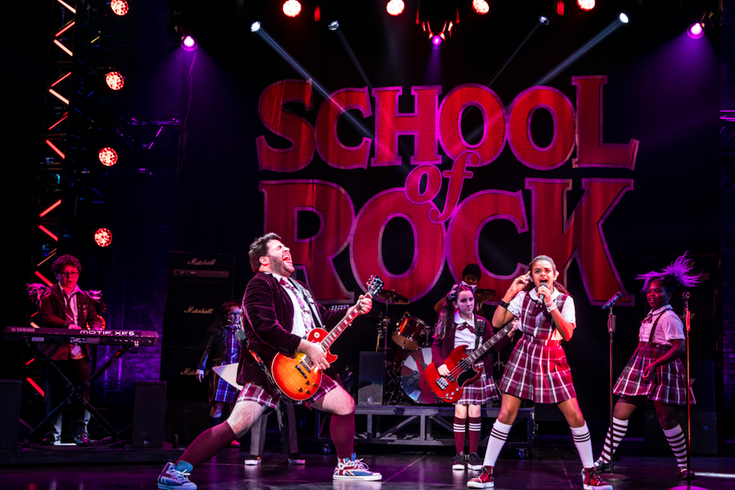 Based on the hit film, this hilarious new musical follows Dewey Finn, a wannabe rock star posing as a substitute teacher who turns a class of straight-A students into a guitar-shredding, bass-slapping, mind-blowing rock band.

Posing as a substitute teacher to pay his rent, he ignores the curriculum and turns his class of prep school kids into a rock band.

This spring, fans of the hit movie can check out the rock musical "School of Rock" at the Academy of Music. Rob Colletti will step into Black's shoes.

RELATED: Sam Hunt to perform beach concert at Jersey shore this summer | Orchestra to perform score for "Star Wars: A New Hope" while movie is screened

The production includes the original songs from the movie, as well as 14 new songs from Andrew Lloyd Webber.

Plus, the audience will get to see all the kids in the band rock out live, since they will play their instruments on stage.

The musical will be in town from Tuesday, March 27 through Sunday, April 1. Tickets start at $20.