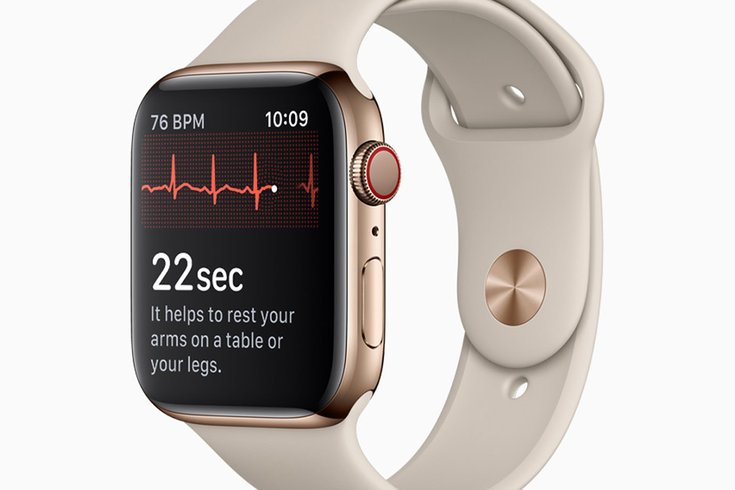 The new ECG app on the Apple Watch Series 4 can measure electrical signals across the heart.

Many Americans find themselves bombarded by expert advice to limit their screen time and break their addictions to digital devices – including enforcing and modeling this restraint for the children in their lives. However, over 15 years of closely observing people and talking with them about how they use technological tools, I’ve developed a more nuanced view: Whether a technology helps or hurts someone depends not just on the amount of time they spend with it but on how they use it.

I’ve found many people who have found impressively creative ways to tailor the technologies they have to serve their values and personal objectives, improving their relationships and even their health.

MORE HEALTH: Worry over kids' excessive smartphone use more justified than ever

In my forthcoming book, “Left to Our Own Devices,” I introduce readers to people who pushed products beyond their intended purpose, creating their own off-label uses. Some of them turned self-help products, like smart scales and mood apps, into mechanisms for deepening relationships; others used apps like Tinder, designed to spark interpersonal connection, as an emotional pickup – gathering data to feel better about themselves without the hookup. And still others have pieced together different tools and technologies to suit their own needs.

LOOKING BEYOND THE RULES

A few years ago, for instance, my colleagues and I created an app to help people manage stress as part of a health technology research project. Psychotherapy and other mental health services have traditionally been offered as individual treatments, and so we expected people would use our app on their own, when they were alone. We put a great deal of effort into assuring privacy and instructed people who participated in our research that the app was for their use only.

But many of the participants ended up bringing the app into their conversations with others. One woman used it with her son to process a heated argument they had earlier in the day. She sat down with him and together explored the visuals in the app that represented stages of anger. They followed the app’s cognitive therapy cues for thinking about feelings and reactions – their own and each other’s. She shared it with him not as a flashy distraction, but as a bridge to help each understand the other’s perspectives and feelings.

The app was intended to help her change the way she thought about stress, but she also used it to address the source of her stress – making the app more effective by, in a certain sense, misusing it.

Another woman I spoke with took smart lights – the ones that can change color at the tap of a button in a smartphone app – far beyond their intended functions of improving decor and energy efficiency. When she changed the color of the lights in the home she shared with her partner from white to red, it was a signal that she was upset and that they needed to talk. The light color became an external symbol of the conflict between them and provided a new way to begin a difficult conversation.

Similarly creative thinking helped strengthen the relationships between patients and a physician I interviewed. She practiced primarily through telemedicine, meeting with patients via a secure medical videoconferencing system. She was aware that physical and emotional distance could weaken a relationship already fraught with sensitivity and an imbalance of power between an expert and a patient.

So she experimented with the view her camera provided of her and her surroundings. First, she showed patients a view of just her face, in front of an unadorned white wall that revealed nothing about her. Then she shifted the camera to show more of her home, which of course revealed more of herself. Patients could now see some of the art that she liked as well as elements of her home, which said something about her habits, values and personality.

This sharing leveled the playing field in some ways. As patients were opening up themselves to her by describing symptoms and the details of their lifestyle, they could see that she was not a lab-coat-clad expert issuing directives from an intimidating medical office – she was a real person living in an ordinary apartment. This step toward reciprocity made it easier for patients to relate to her. She believes this is part of why her patients have expressed feeling close to her and so much trust in her treatment. It was a small adaptation that brought greater rapport and connection to a technology often viewed as a poor replacement for in-person meetings.

With increasing attention to the effects of technologies, we should not only be concerned with their potential harms. As I’ve observed, experimenting with how – not just how much – we use technology might uncover unexpected ways to make life better.

Margaret E. Morris is the author of:

Left to Our Own Devices: Outsmarting Smart Technology to Reclaim Our Relationships, Health, and Focus

MIT Press provides funding as a member of The Conversation US.