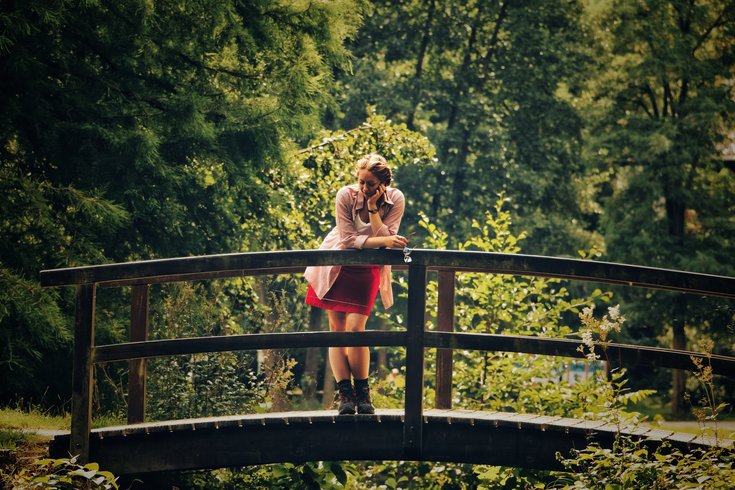 The dog days of summer are upon us.

The season for hot, humid weather means enjoyable afternoons at the pool, evenings at the ballpark and weekends at the Jersey Shore.

But not everyone finds summer so fun. Some people find it downright depressing.

About one percent of Americans suffer from Seasonal Affective Disorder during the summer, a cyclical depression that leaves them blue and anxious.

It's not unlike wintertime SAD, a related – and more common – disorder that also leaves people feeling down, lacking motivation and struggling to find enjoyment in the people and activities that typically bring them pleasure. It just happens during the summer.

"It's hard to wrap our minds around the fact that people could be depressed in the summer," said Dr. Thea Gallagher, a clinical psychologist at Penn Medicine. But there are plenty of reasons.

To start, summer can throw off people who love routines, Gallagher said. Weddings, vacations and other summertime events not only disrupt schedules, but they also create pressure to feel fun, relaxed or free-spirited.

"A lot of people, when they're struggling with depression or anxiety, they'll say 'I shouldn't feel this way because it's summer and everyone is having a good time,'" Gallagher said. "I think that's one of the first steps – accepting that I don't feel great and that's OK."

People may feel down because they don't have the financial resources to take the exciting vacations that their Instagram pals are sharing, Gallagher said. Or they may dread seeing certain family members at summertime events.

Additionally, the summer can be difficult for people who struggle with body image. That trip to the beach might leave them feeling far more stressed than relaxed.

And then there's the heat itself.

"The level of heat that we can get in this area on the East Coast – it can be very stifling," Gallagher said. "It can be overwhelming for people."

That heat can decrease comfort levels and agitate people, causing them to lose sleep. Which can exacerbate depressed feelings, Gallagher said. Similarly, longer days also may play a role in depression.

By contrast, winter SAD, which impacts about 5-10 percent of the population, partially occurs as a result of less sunlight, disrupting sleep-wake cycles, mood and energy regulation.

"But in the summer, there's some thought that these systems can be affected by an abundance of sunlight," Gallagher said.

To combat summertime SAD, Gallagher recommends people first recognize that it's OK not to share the same seasonal excitement.

But she also encourages them to tap into their support system and to consider what life looked like when they last felt happy.

"One of my recommendations is try to find some level of stability in what you're doing, trying to control the things you can control," Gallagher said.

Maybe they spent several days each week exercising outside the gym, but now it's too hot to do so. Perhaps they need to spend more – or less – time with certain friends or family members. Or spend less time on social media.

"Mental health is something we should consider as important as our physical health," Gallagher said. "You don't beat yourself up if you physically feel ill in the summer."

And you shouldn't if you come down with a case of the summertime blues.