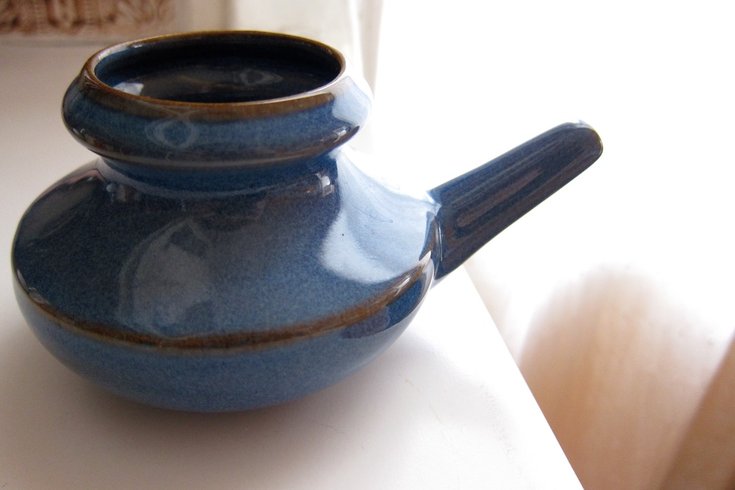 Natural remedies like tea concoctions, eucalyptus steams and essential oil combinations can be a great way to fight a cold without having to go to the doctor. But when an illness goes beyond the common cold, it’s probably time to visit the doctor.

People reports that a 69-year-old Seattle woman with a sinus infection tragically died after contracting a rare brain-eating amoeba, apparently as a result of improper use of a neti pot. Doctors prescribed her the commonly-used neti pot to flush out her sinuses, according to a case report published in the International Journal of Infectious Diseases.

Neti pots were first introduced to the United States by way of Northeast Pennsylvania's  Himalayan Institute, an ashram located in Honesdale, and later picked up and popularized by Dr. Oz.

Instead of using sterile water or saline as recommended, the woman reportedly rinsed her nose with tap water filtered from a Brita Water Purifier, according to the case report. After a month of using this unsterile method, the woman developed “a quarter-sized red raised rash on the right side of the bridge of her nose and raw red skin at the nasal opening, which was thought to be rosacea,” the report stated.

Thinking this rash was simply a skin issue, the woman sought help from a dermatologist multiple times over the course of one year where she was prescribed ointments and other treatments for the rash.

Then, the woman had a seizure. A CT-scan discovered a 1.5-cm lesion on her brain, according to the report. Initially, doctors believed that it was a tumor, as breast cancer reportedly ran in the woman’s family.

During an operation, doctors discovered the mass mysteriously held dead brain tissue, which complicated a diagnosis. A sample of the mass was sent for further analysis to neuropathologists at Johns Hopkins University, which identified a possible amoebic infection. Meanwhile, The woman’s condition began to deteriorate.

“Despite aggressive anti-amoebic therapy, the patient’s condition continued to deteriorate,” the report said. “Within one week, she was more somnolent [lethargic] and then became comatose.” It was at this point that the family decided to withdraw support, the report stated.

Post-mortem lab tests revealed that the infection on her brain tissue and nose rash were from an amoeba called Balamuthia mandrillaris. According to the Centers for Disease Control and Prevention, Balamuthia was first discovered in 1986 and has since been reported in about 200 cases worldwide, with 70 confirmed cases in the United States.

The CDC notes that the infection is difficult to detect because it resembles other cells and tumors. In fact, because the infection is so uncommon, “it is possible that there have been additional cases that were misdiagnosed,” the CDC said.

Senior case report author Dr. Charles Cobbs, a neurosurgeon at the Swedish Medical Center in Seattle, told LiveScience that he suspects the woman contracted the fatal infection from using the unsterilized water in her neti pot as the amoeba could have been in the tap water.

You can find a know-it-all guide to neti pot safety, plus the best ones to purchase, according to Health.