The secret to Carson Wentz not turning the ball over? Jon Gruden

I’ll tell you what, man, the Cleveland Browns and Los Angeles Rams have recently been taking some major flak for passing on Carson Wentz in the NFL Draft. And for good reason, as Wentz, outside of running into a few too many bone-crunching hits, has handled his first two NFL games like a seasoned pro.

Back in April, the Browns and Rams were far from the only parties skeptical of Wentz. It’s not a stretch to characterize the instant national analysis of “Howie’s Last Stand” as the Browns fleecing the Eagles, who were reaching for a project quarterback. The media is fortunate that five-month old takes are long forgotten, while the Rams and Browns decisions are still fresh in everyone’s minds. Hence, the flak.

As it turned out, Wentz doesn’t appear to be a major project for a couple of reasons:

1. He played in a multiple-style offense at North Dakota State that made for an easier transition to the NFL than a traditional spread system, explained well by former Eagles and current Chiefs offensive coordinator Brad Childress here.

2. The Eagles have a staff full of former quarterbacks (Doug Pederson, Frank Reich, and John DeFilippo) that have made Wentz’s transition smoother.

3. The guy gushing over him in the booth on Monday night turned Wentz into a TWO-HANDED MONSTER: 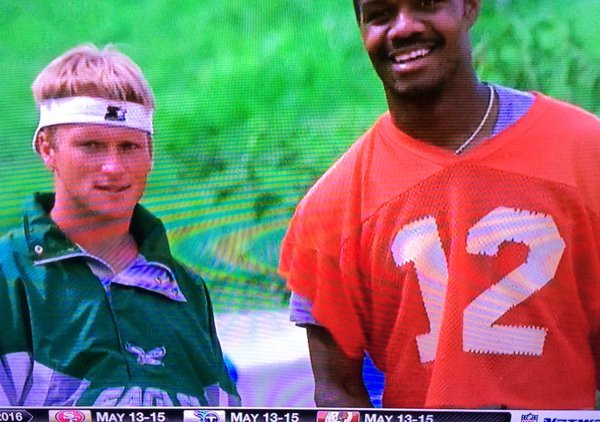 Before he, Joe Jurevicius, and Ronde Barber ruined the Eagles’ best chance at a Super Bowl in my lifetime, Jon Gruden was working on Ray Rhodes’ staff in Philly. And before Pederson could get Wentz onto the practice field at the NovaCare Complex, Gruden was working him out:

This show aired in a primetime slot on ESPN. In retrospect, where the Browns and Rams might have gone wrong is not putting nearly enough stock into Wentz’s “Gruden’s QB Camp” episode, particularly the last segment. It was right here that, in a matter of mere minutes, Gruden turned Wentz into a TWO-HANDED MONSTER.

Wentz has always moved well in the pocket, but look at this ball security at North Dakota State. That won't cut it in the (*Ron Jaworski voice*) National.Football.League. 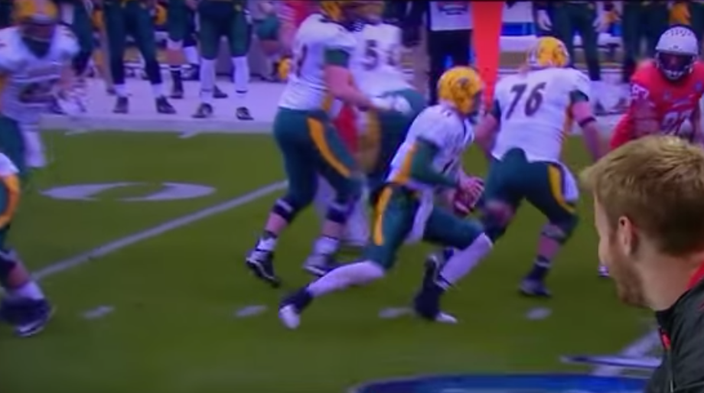 So what did Chucky do? In a stroke of genius, he brought the noodles out, taking some vicious cuts at Wentz:

The proof is in the pudding. Fast forward to September and…

We’ve got a TWO-HANDED MONSTER quarterbacking the Eagles, folks! Enjoy the ride!

Through two games, the Eagles are only one of three teams not to turn the ball over. Doug Pederson and his staff deserve a ton of credit, as do Wentz and the players. But don’t forget the wise words of the former Eagles offensive coordinator who turned “Spider 2 Y Banana” from a simple play-action passing concept into a national phenomenon.