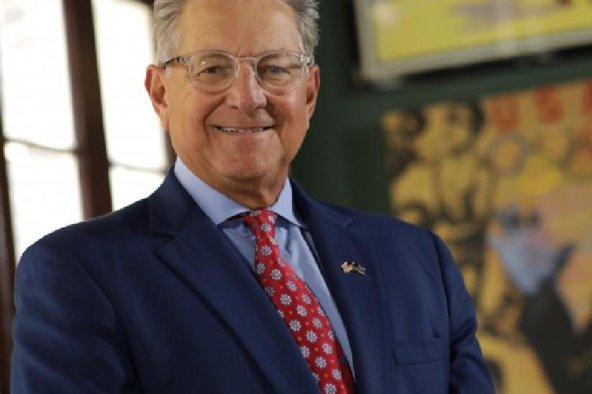 Republican George Bochetto, a Philadelphia lawyer, has campaigned for U.S. Senate on a platform of public safety, fiscal responsibility and protections for personal freedoms.

Now, Bochetto is banking on his "demonstrated, provable record of public service" to win him the Republican nomination for the open U.S. Senate seat in Pennsylvania during Tuesday's primary election.

Bochetto, 69, has taken on a number of high-profile cases throughout his law career, including representing the family of Daniel Faulkner, the Philadelphia police officer who was fatally shot while making a traffic stop in 1981. Mumia Abu-Jamal was convicted of killing Faulkner.

Last year, Bochetto won a case that prevented Philadelphia from removing the Christopher Columbus statue from Marconi Plaza. He has said Columbus is a hero to the Italian-American community, but supports adding new statues honoring Indigenous people.

Bochetto, who invested $1 million into his campaign, has said he's running to prevent the country from becoming overrun by the liberal "woke mob." He has run on a platform of public safety, fiscal responsibility and protections for personal freedoms.

Bochetto has said the U.S. should have an "America-first" mentality and suggested an expansion of technology manufacturing as a strategy to compete with China.

Born in Brooklyn, New York, Bochetto was left on the front steps of a Catholic orphanage, where he spent the first six years of his life before being cycled through the foster care system. He has said a childhood spent overcoming obstacles led him to a career in law and a steadfast belief in hard work and not accepting handouts.

At an April debate in Carslile, Cumberland County, Bochetto said he believes abortions are "too readily available," adding that he might have been aborted had Roe v. Wade been in place when he was born.

Bochetto moved to Philadelphia to attend Temple University's law school in 1975. He served as Pennsylvania's boxing commissioner in the late 1990s and early 2000s. Bochetto also briefly ran for Philadelphia mayor in 1999.

In a campaign video, Bochetto took aim at pharmaceutical companies that paved the way for the overprescription of the painkillers that led to the opioid crisis. He said that led to a "generation of souls" lost to addiction.

Bochetto has said the federal government should step in when local prosecutors have "abandoned" their communities by refusing to prosecute crimes.

He is endorsed by FOP Lodge 5 in Philadelphia, though the police union typically only issues endorsements for local and municipal races.