Along with rides to and from the new stop, earlier and later departure times are being added for other Regional Rail lines 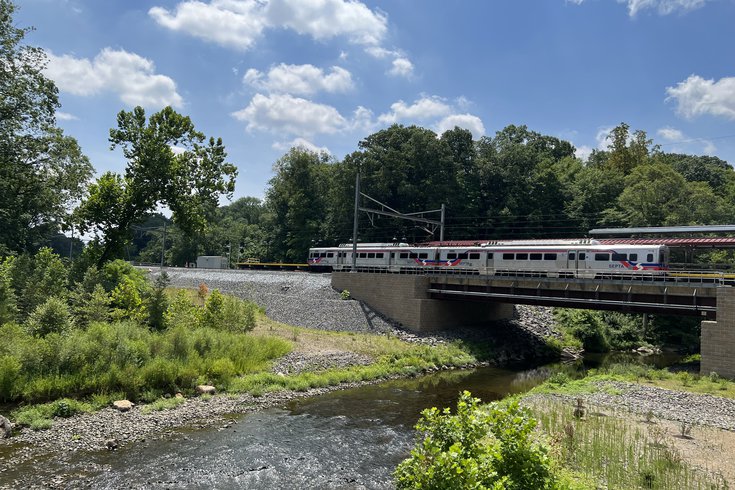 Starting Aug. 21, schedule adjustments go into effect for SEPTA's Regional Rail, including the expansion of service to the new Wawa Station in Delco, as well as restoration of early-morning weekend trips on the Airport Line and addition of earlier trips to Center City on the Trenton, Lansdale/Doylestown, and West Trenton Lines.

SEPTA riders can expect some updates to Regional Rail schedules starting this weekend, including additional trips and the opening of a new station.

The adjusted schedules officially went into effect today, Aug. 21, with the westward extension of the former Media/Elwyn Regional Regional Rail Line to include the new Wawa Station in Middletown Township, Delco. SEPTA trains have not serviced that area since 1986.

The opening of the Wawa Station was celebrated on Thursday, Aug. 18, with a ribbon cutting that featured Wawa's mascot, coffee and even a "hoagie-wrapped" train rolling down the tracks.

It’s official! The ribbon is cut at the Wawa station that once transported milk from the Wawa Dairy into Philadelphia! Starting Sunday, it will be open for travel from Delco to Philly, providing even more convenience to our community ❤️ @SEPTA pic.twitter.com/yGiaGN7Yzl

Along with service extending to the new station, Regional Rail schedule adjustments include restoration of early-morning weekend trips on the Airport Line as well as addition of earlier trips to Center City on the Trenton, Lansdale/Doylestown, and West Trenton Lines.

Regional Rail ridership has gradually returned since the COVID-19 pandemic, and is currently back to about 45 percent of what it was previously, according to SEPTA. These scheduling updates will maintain train service at 77 percent of pre-pandemic levels. Parking remains free at Regional Rail stations through December.

A full rundown of SEPTA schedule adjustments can be viewed online or on the SEPTA app.