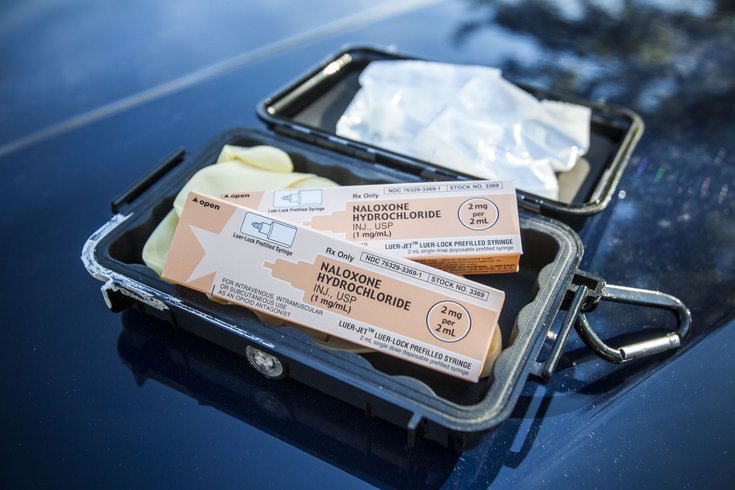 Shortly after New Jersey high schools became required by law to stock naloxone (commonly known as Narcan, the opioid overdose reversal drug), some lawmakers are pushing for students to learn how to administer the substance as well.

A measure pushed by Democrats in New Jersey's state Assembly calls for both high school and middle school students to learn the procedure starting in 7th grade, when students are typically 12 or 13 years old.

Assemblyperson Yvonne Lopez wrote the bill, which would also call for education on how to recognize signs of overdose and the dangers of addiction. Juan Carlos Nordelo, Lopez's legislative director, told WHYY the bill is a sign of the times: a reported 1,500 deaths have occurred in New Jersey by drug overdose so far in 2018. The highest number of South Jersey overdose deaths occurred in Camden County.

"Our students need to know how to recognize the signs of an overdose, to contact a first responder, and -- should an opioid antidote be available -- be able to safely administer that treatment," Nordelo said.

Opponents of the bill worry it will encourage opioid experimentation in teens. Supports of the bill instead see it as a method of responding to an emergency, not normalizing overdose.

Other states have made similar measures to stock Narcan in schools, to be administered by nurses, but there are no states that have made a mandate on training students on administering.

The bill has been referred to the Assembly Education Committee. It has not yet been reviewed by the New Jersey Association of Educators.