'Sex Tips for Straight Women from a Gay Man': this weekend on Broad 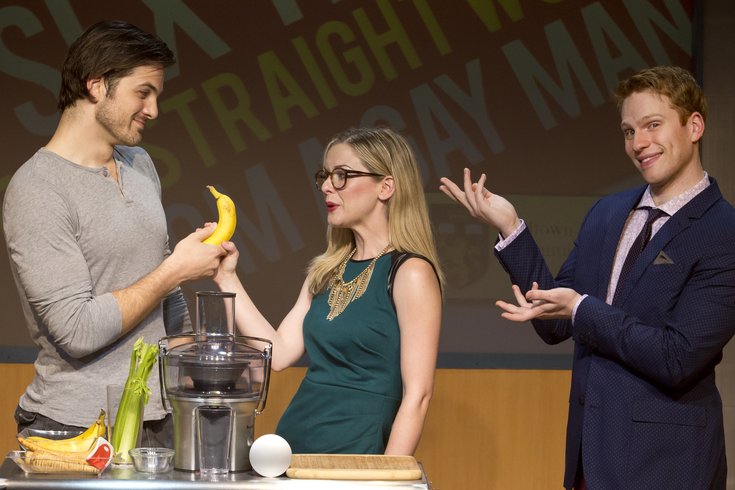 The first national tour of the hit Off-Broadway romantic comedy based on the best-selling book of the same name, "Sex Tips for Straight Women from a Gay Man" plays at the Kimmel Center for the Performing Arts’ Perelman Theater Feb. 9 through 11.

It may sound unorthodox, but gay men have a lot to offer when it comes to bedroom advice, and not only amongst their own kind.

This weekend, the first national tour of the hit Off-Broadway romantic comedy based on the best-selling book of the same name plays at the Kimmel Center. “Sex Tips for Straight Women from a Gay Man” promises to have audiences in stitches for “75 minutes of non-stop laughter,” according to author Dan Anderson, who co-wrote the book with his friend, Maggie Berman. Anderson, who hails from Philadelphia, concocted the idea for the book from real-life experiences with Berman, who, years ago, struggled with dating. 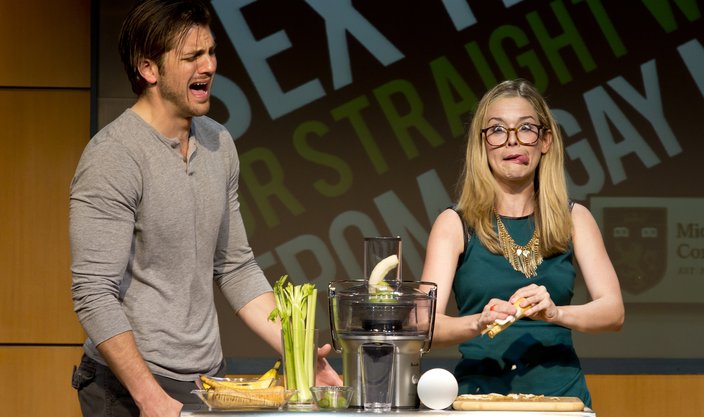 The interactive show plays Feb. 9 through 11 at the Kimmel Center for the Performing Arts’ Perelman Theater. In its third run, but first time in Philadelphia, the show has been selling out crowds in New York City and around the country, and is being couched as the perfect date night, bachelorette party, or must-see for erogenous advice.

“[Berman] was dating around and the sex wasn’t that good and I said, ‘well, what are you doing? Tell me exactly,’” said Anderson.

“And we had many absolutely hilarious – I can’t even tell you how many funny [times]…We sort of came up with this idea that straight men are way too polite to tell women that this feels good or this doesn’t feel good, and so the only person who was going to tell you was your good, gay friend, who could tell you what it felt like from the man’s perspective.”

Anderson said he even insisted Berman walk around with a rolled-up sock in her pants “to imagine that growing at the most inopportune moments.”

It worked. The book has been printed in multiple languages, including Japanese, Chinese, Dutch, French, Portuguese and German, and Anderson said, they fly off the shelves. He attributes the lessons taught in the book to taking some of the seriousness out of sex talk in relationships and for encouraging couples to have a more fulfilling sex life.

It wasn’t until Anderson met New York-based playwright and producer Matt Murphy – credited with “Side Show” on Broadway,  the Tony-winning Best Musical “Memphis,” “Thurgood,” “Impressionism,” “Altar Boyz” and more – that he was able to translate his paperback passions into a play.

“I knew I wanted to make it romantic comedy,” said Murphy.

“Girl meets boy. Gay man helps girl get boy. That was something that was pretty easy to accomplish once I came up with the overall premise.”

“It’s not just women who are seeing our show," Murphy went on to say.

"It's women with their husbands and boyfriends. We’ve become the most popular date show in New York City, and we’re known as one of the best date night couples can attend – whether on or off Broadway – and that’s because of that romantic comedy storyline.

“Hey, it takes two to tango…and many audience members say it has improved sexual relations that very night when they go home.”