Is sexualizing Serena Williams the best way to defend her womanhood? 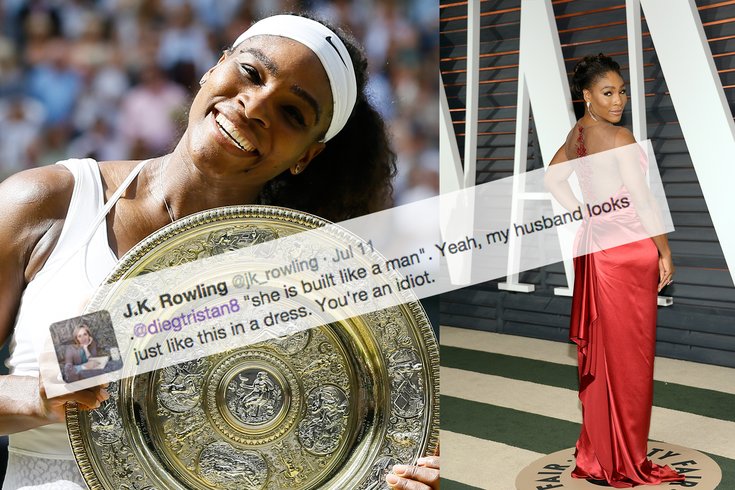 Sexy men are dominant and powerful. Sexy men win. Sexy women are slinky and diminutive. Sexy women don’t have to win, so long as they steal our hearts.

The Internet rallied behind J.K. Rowling Saturday when she smacked down a random Internet troll named “Rob” who claimed Serena Williams won her sixth Wimbledon title because she is “built like a man.”

In case you've stayed away from media all weekend, the now infamous Twitter exchange went down like this: 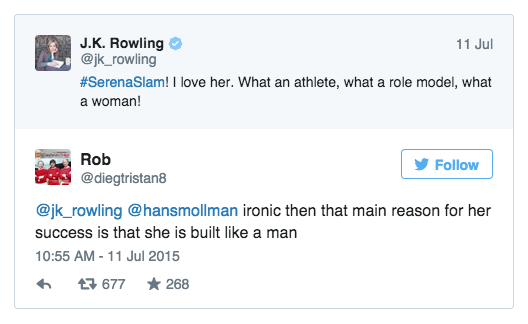 Thousands of Williams supporters chimed in. Their consensus? Of course Williams is a woman because “holy frijoles, who can deny the righteous ass on Serena in that red dress?" 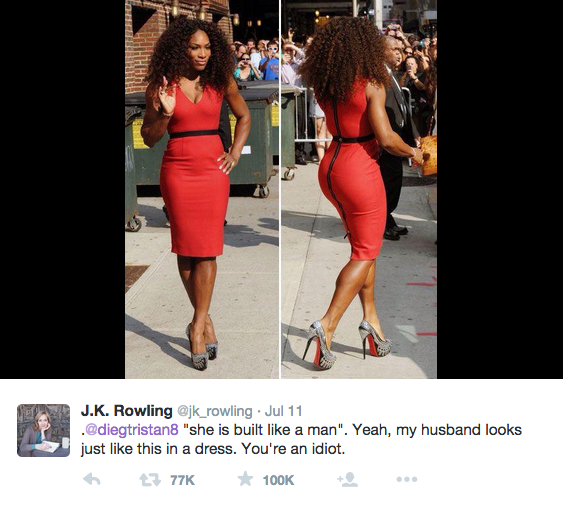 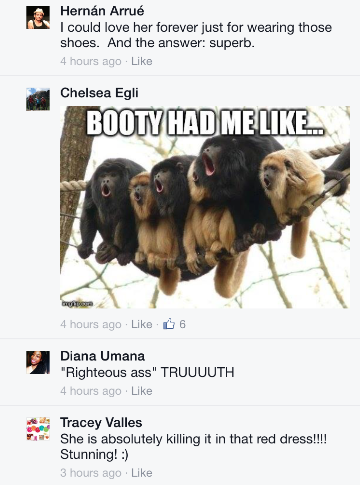 “Rob” spent the rest of the day retweeting hate speech and defending himself against legions of angry Rowling/Williams fans, simultaneously lamenting a world in which men feel pressure to apologize for their “opinions.”

Rob’s logic is hard to follow because it doesn’t follow logic. In short, his beef with Williams stems from his observation that she is “biggest in the sport” [of women’s tennis], which means she was born a “BOY,” then “altered to compete against the weaker sex, and make MILLIONS.”

Rowling is undoubtedly correct about one thing: Rob is an idiot.

A hateful, sexist idiot with too much free time on his hands, at that.

Ridiculous speculation about her gender aside, the notion that Williams’ powerful physique contributes to her smashing career success is not new. Neither is criticism that says such a figure is decidedly “unfeminine.”

A mere day before Williams' Wimbledon victory, Ben Rothenberg addressed the aversion to “bulking up” amongst elite female tennis players in his piece for The New York Times, “Tennis’s Top Women Balance Body Image With Ambition.” Rothenberg notes that while Williams' “large biceps” and “mold-breaking muscular frame” may be advantageous when it comes to driving the ball across the court, many of her contemporaries are resistant to weight train for fear it will diminish their perceived femininity.

“It’s our decision to keep her as the smallest player in the top 10,” coach Tomasz Wiktorowski said of Agnieszka Radwańska. “Because, first of all she’s a woman, and she wants to be a woman.”

Radwańska maintains a considerably lean 123 pounds on her 5-foot-8-inch frame. She believes keeping muscle gain to a minimum enhances her speed and agility but also acknowledges that, when it comes to being a successful female athlete, aesthetics matter. “Of course I care about that, because I’m a girl.”

Maria Sharapova, whom Williams “crushed” in the Wimbledon semifinals last Thursday, told Rothenberg, “I always want to be skinnier with less cellulite; I think that’s every girl’s wish.”

Sharapova sounds more like a supermodel than an elite athlete regarding her thoughts on strength training: “I can’t handle lifting more than 5 pounds. It’s just annoying, and it’s too much hard work.”

Interestingly enough, while many consider Williams the greatest female tennis player of all time, it’s Sharapova, the “slender, blond Russian,” whom Forbes deemed the highest-paid female athlete in 2014. Though the difference between Williams' $22 million and Sharapova’s $24.5 million might seem trivial, there’s a big discrepancy regarding the primary source of each woman’s income.

As Judd Legum points out, “The difference is endorsements.”

While Sharapova raked in $22 million in endorsements last year, Williams took home half as much. When it comes to prize money, however, the opposite is true: Sharapova earned just $2.4 million to Williams’ $11 million.

But Sharapova is the face of TAG Heuer, Porsche, Evian, Tiffany and even the latest Avon fragrance, “Luck.” Whether or not she's successful at her game is little hindrance to her marketability, so long as she’s “got game.” A recent TAG Heuer advertisement proclaims Sharapova is a “rebel off court” as she stares seductively at the camera, twirling her golden locks.

Williams, by contrast, has struck much less prestigious deals with Pepsi, Puma and the Home Shopping Network.

As much as I love Rowling as a writer and as a woman, as much as I adore the swift wit of her Twitter comeback, I can’t help but wonder whether calling attention to Williams’ striking beauty in an evening dress is the best way to champion her as a female athlete.

Whether or not mainstream society agrees, Williams is incredibly beautiful. But is that what makes her great? Is her ability to rock a skimpy swimsuit or wow in a glamorous evening gown what makes her a winner? Does giving Williams the accolades she deserves necessitate sexualizing her as we’ve sexualized Sharapova? Or does it demand a re-evaluation of our collective ideas about female athletes? Maybe, instead of reinforcing Williams’ sex appeal, we should focus on bridging our culture’s gap between womanhood and personhood.

Whether Williams is a woman certainly isn’t the argument to be had. We don’t need to quarrel about whether she’s “built like a man” (whatever that means) either. It doesn’t matter how attractive she looks in a dress. The conversation we really, truly must have as a society is whether we’re going to celebrate female athletes because we perceive them to be beautiful or because they’re unequivocally the best.