Why are women the keepers of Hollywood’s diet “secrets”? 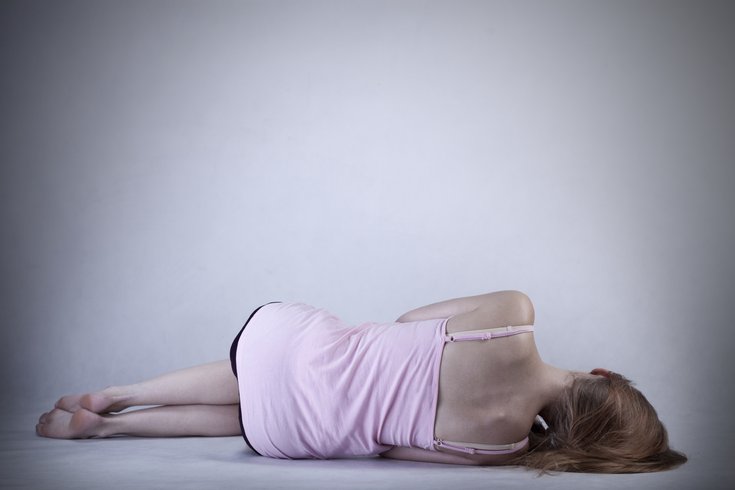 Women are the cornerstone of Hollywood’s billion-dollar “secret” diet industry.

When Page Six published its “Great Fatsby” photo spread of “bloated” Leonardo DiCaprio enjoying Bora Bora with a svelte model “babe” by his side, the Internet began to speculate about male vs. female fat-shaming. The general consensus is this: They’re hardly one and the same.

Huffington Post’s Lauren Duca notes even slight weight gain can be “ruinous” for an actress’s career, limiting her to inconsequential “overweight best friend” roles that are few and far between. On the other hand, DiCaprio’s softening midsection may actually serve to broaden his professional range, which now includes greedy, iconic villains in films such as J. Edgar and Django Unchained. For Leo, a few extra pounds are “incidental as his sloppy man bun.”

I’ve rarely heard an actor like Leonardo DiCaprio apologize for being fat. I can’t remember seeing a famous man portrayed as poster boy for the latest celebrity fad diet, either.

For female co-stars, like Kate Winslet, weight gain signifies a breach in identity, a serious character lapse that must be explored from every curve over endless magazine interviews. As Kat Stoeffel points out in her think piece “You Can Call a Man Fat But You Can’t Fat-Shame Him,” DiCaprio’s sub-par beach body perfectly illustrates society’s double standard: “If being in shape is part of an actor’s job, only men truly get to take a vacation.”

I’ve rarely heard an actor like Leonardo DiCaprio apologize for being fat. I can’t remember seeing a famous man portrayed as poster boy for the latest celebrity fad diet, either.

Conjure the retrograde grapefruit fast and you picture Brooke Shields. The mystical, modern day maple syrup regime belongs to Beyoncé. Kate Winslet wrote the forward to a “facial analysis” diet book based on “German theories” which claim a person’s nutritional deficiencies manifest in her pores and wrinkles. To be fair, DiCaprio did recently invest millions in the Suja juice company, but no one expects to see him cruising around Malibu, sipping a green smoothie. And, while some anecdotal evidence suggests he’s become endeared to the occasional colonic by one of his many supermodel girlfriends, Leo himself remains mum.

Disbelief is the foundation of envy that keeps us hooked on celebrity gossip, desperate to shell out $5 for the latest flimsy tabloid magazine. We tremble with anticipation for the next elite diet tip to drop.

This is because women are the cornerstone of Hollywood’s billion-dollar “secret” diet industry. Famous women make headlines with their “tips and tricks revealed.” The rest of us have been on a quest to find the Holy Grail since we were born. For decades we’ve scoured tabloid magazines for golden nuggets of wisdom and clandestine scraps of code. We’ve been taught to believe the key to feeling confident and beautiful in our own skin is some elusive potion that’s expensive and (ultimately) as effective as the emperor’s new clothes.

We live in a culture that worships the very women we suspect of fraud. When we see a beautiful actress, we imagine a mystic with various spells and tonics up her sleeve. Disbelief is the foundation of envy that keeps us hooked on celebrity gossip, desperate to shell out $5 for the latest flimsy tabloid magazine. We tremble with anticipation for the next elite diet tip to drop.

There are, apparently, no limits to how low we’ll sink for a glimpse into one such celebrity bag of tricks.

Last month, Luca Dotti published a loving tribute to his mother Audrey Hepburn, Audrey at Home, which celebrates the actress’s life through a collection of her favorite recipes, sprinkled with family anecdotes and personal photographs. Though the book was written as a complete portrait of a complex woman, the media immediately reduced it to a sum of diet secrets cultivated by one of Hollywood’s most romanticized waifs.

“And anyone who aspires to look like Audrey Hepburn, or absorb even a little of her glamour, may wish to take note of her newly revealed dietary habits,” writes Hannah Furness, for The Telegraph.

After just barely surviving the Netherlands’ Nazi occupation on nothing but boiled grass and tulip bulbs, Hepburn allegedly maintained her unusually slim figure with nightly “tiny squares of dark chocolate,” monthly detoxes (during which she’d subsist on plain yogurt and grated apple), and a devotion to the ever “sustainable” potato.

The news headlines are full of commandments:

All this is to suggest becoming a successful, desirable woman necessitates strategy, advanced planning, cheats. Victory is a moving target. There’s always a new diet tip to try, when all the others have failed. At the same time celebrity diet tidbits seem so rigid, they’re never specific enough. Exactly how many potatoes? How many square centimeters of dark chocolate? Even Hepburn’s son can’t tell us all we think we need to know.

Becoming a successful, desirable man seems a lot more straightforward. Chris Pratt recently told Men’s Health he got fat because he “fell in love with a woman who loved to feed her man,” and losing weight was a matter of switching out four burgers in one sitting for healthy meals that are “sometimes lame.” Pratt explains his decision to lose weight was ultimately inspired by personal health reasons, not a shortage of acting roles. In fact, he says his weight first became an issue because he wanted to “get fatter” for his part in Parks and Recreation.

Even though Pratt’s fitness transformation for ultra buff roles in Guardians of the Galaxy and Jurassic World undoubtedly took hard work, the end result appears to stem from grit more than magical insider tips like well-timed microchips of dark chocolate. Pratt achieved his ideal physique by hitting the gym, ditching junk food, and upping his overall caloric intake from sources of lean protein. Even women’s fitness magazine Self had to admit Chris Pratt gave “the most inspiring weight loss advice ever,” when he told a fan:

“… all you have to do is just a few things every day and remain consistent, and time will fly just as fast as it flies if you’re working hard or not. If you just cut the crap out of your diet, and if you spend an hour a day doing something physical that will make you sweat, six months will pass by, you will feel better mentally, physically, spiritually — it all is tied together.”

Whether you’re a man or a woman, maintaining health and fitness should and can be as accessible as Chris Pratt’s plan: exercise and eat more healthy foods. There are no magic tricks or potions. There is no divine ratio of dark chocolate to potatoes. As for Hollywood diet secrets? They’re usually too bad to be true.