Should Nicki Minaj stay in Philly? 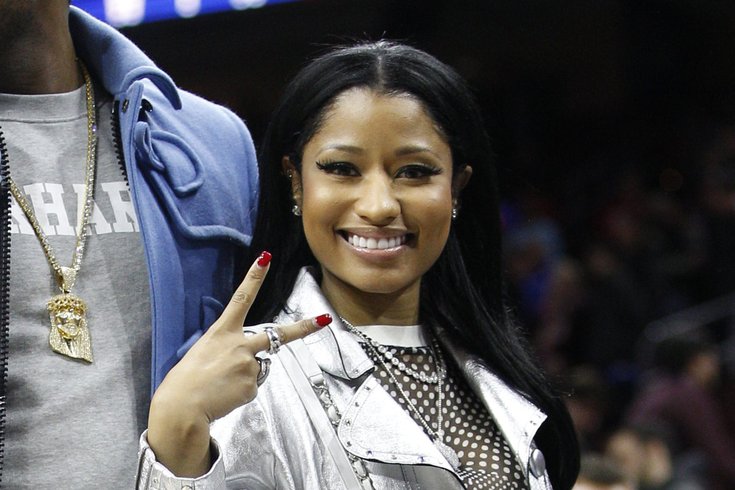 Nicki Minaj looks on from the sidelines following the second half of an NBA game between the Portland Trail Blazers and the Philadelphia 76ers, Saturday, Jan. 16, 2016, in Philadelphia.

A writer for a national magazine has made a compelling case for Nicki Minaj to extend her stay in the City of Brotherly Love and become its main female cultural icon.

Dayna Evans, who scribes for The Cut, New York magazine's fashion blog, penned a piece Friday that asks the rapper to take up a permanent residence in Philly and become its queen.

Evans cites Minaj's musings in the city as of late due to her boyfriend Meek Mill's recent court dealings.

Calling herself Philly's largest "out of town advocate," Evans writes about how Minaj has been spotted at Sixers games and dining at Center City restaurants, giving a shout out to HughE Dillon of Philly Chit Chat and his coverage of the star since she's been in the city.

Making references to Wawa, the Eagles, the Kevins (Bacon and Hart), Pizza Brain, and the number of hispters who are seemingly always asking you to attend their show, Evans argues:

Nicki, you're a well-known and universally beloved rap superstar. You're already queen of the universe — your kingdom can bring much in the way of empowerment and growth and class to Philly. Just stay. It's fun to have you here. When you're in Philly, it really is always sunny.

Now, the piece was written before Mr. Mill, a North Philly native, got three months of house arrest for violating his parole, so Minaj might have to spend some more time in the city whether she likes it or not.

But it really seems like she is enjoying her time here. After all, she hasn't just been wining and dining; last year, she made a special visit to patients at the Children's Hospital of Philadelphia.

That being said, it's hard to imagine Minaj, who's originally from Queens, unseating the city's other female celebrities like Tina Fey and Patti Labelle.

Even so, you're welcome to stay as long as you'd like, Nicki. We're not as bad as many people like to say.