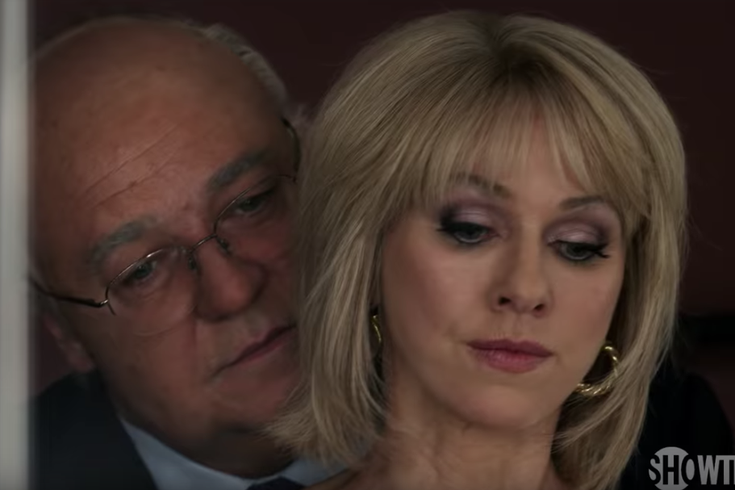 The 30-second clip begins with Crowe's Ailes declaring, “In America television news is king ... We’re gonna give them a vision of the world they way they want it to be.”

The miniseries is based on the reporting of Gabriel Sherman for New York Magazine and his book, "The Loudest Voice in the Room." Sherman interviewed more than 600 people about the sexual assault allegations that ultimately chased Ailes from his post running the cable news network.

Ailes left Fox News in 2016 amid accusations of sexual harassment and misconduct. Carlson filed a lawsuit against Ailes in July 2016. After the lawsuit was made public, other instances involving sexual harassment were reported. Sherman reported in New York Magazine that it was “common knowledge” that Ailes “frequently made inappropriate comments to women in private meetings."

The show is coproduced by Showtime and Blumhouse Televison. "The Loudest Voice" premieres on Showtime at 10 p.m. on June 30.