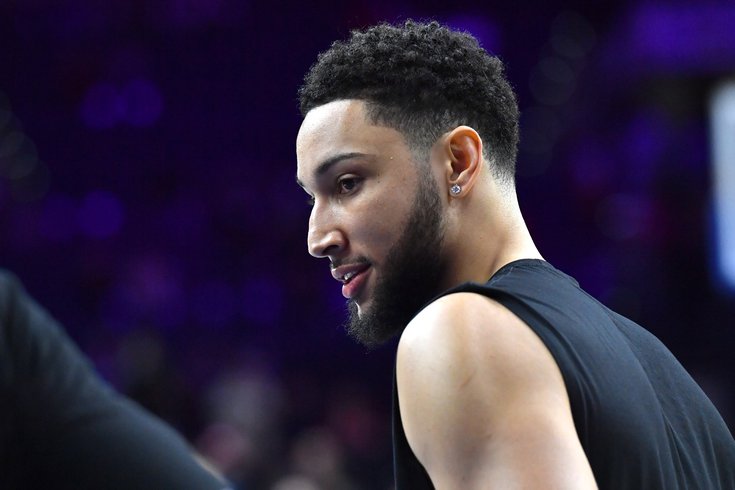 The Ben Simmons hits don't stop coming. In a new interview with ESPN's Nick Friedell, Simmons spoke about his shooting, his fit with the Nets and, of course, his past with the Sixers. His most noteworthy comments were on his relationship with current Sixer Joel Embiid. Here's a transcription of questions and answers between Friedell and Simmons:

Friedell: You spent so much time in Philadelphia; do you think there's ever a point where that relationship will smooth itself out?

Simmons: Who knows? I can't predict the future. I would have never told myself this would have gone this way at the start of my career. Who knows if in four or five years I end up going back? I don't know. It could be a whole different situation, but for now I don't want to make my mind up and say it's not possible for anything to change.

Friedell: While we're on this topic -- have you talked to Joel [Embiid] yet?

Simmons: I don't talk to Jo. We never really spoke.

You guys had a lot of success when you were there. How would you describe that relationship now?

Simmons: I don't think there was really a relationship there. Like in terms of a friendship? You can try as hard as you want to try to be close to somebody, be their friend, whatever it is, but everyone is different as people, so for me, it's never personal. I don't have any anger or hate towards him. He is who he is and I am who I am. And we've got our personal lives. And work is basketball, so in that moment, my goal is to win and I got to win with Jo. He's a great player, we just didn't get it done.

Not super surprising stuff. It was clear that Embiid and Simmons were never the best of friends and their on-court play styles didn't totally mesh, though I believe there was a willingness to work through those issues for the sake of winning. That all faded.

Simmons is gone, but I'm sure this isn't the last we'll hear about his days in Philly.