Sixers' Ben Simmons ruled out vs. Atlanta, to undergo further evaluation for back injury 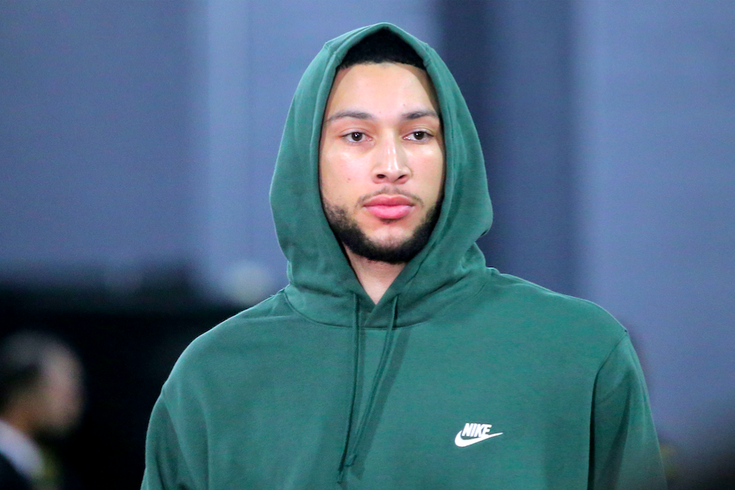 Ben Simmons has been ruled out of Monday's game vs. Atlanta due to the lower back injury he has been dealing with over the last week, and he will receive an additional evaluation on Monday before the Sixers reveal more information about the nature or severity of a potential injury.

The third-year guard/forward underwent testing upon arriving back in Philadelphia on Sunday, and the Sixers would not yet offer comment on who he was seeing or what specifically he was being evaluated for beyond a "back injury" when asked by PhillyVoice on Sunday afternoon.

Simmons, who aggravated his back during practice in Camden on Wednesday afternoon, was ruled out of last Thursday's win over Brooklyn but cleared to play in Saturday's national TV game against the Milwaukee Bucks, though that appearance came with some caveats.

During Saturday night's game, ABC had an in-game report that Simmons was expected to retreat to the locker room in order to receive treatment on his back between playing stints, which they revealed shortly after he left the court for good early in the first quarter. While a team source told PhillyVoice Simmons' early removal from the game was dictated by Simmons himself, who asked to be pulled and looked at after experiencing discomfort, they confirmed the initial plan was to have Simmons receiving treatment away from the court throughout the night in order to play.

That calls into question the decision to play Simmons in the first place, a move that will be further scrutinized when considering the franchise has had a penchant for irresponsible player safety moves in the past. Earlier this season, in fact, the Sixers allowed Joel Embiid to finish a game in which he was pulled back to the locker room two separate times for a finger/hand issue, an issue that was severe enough to warrant surgical repair later in the same week.

During media availability before Thursday night's game vs. Brooklyn, head coach Brett Brown downplayed the severity of the situation.

"It was a long, hard practice and the guys came back great," Brown said of their Wednesday practice. "It was a play where he went up for a rebound and I looked over and he left the court, went and got treatment...we don't believe it's anything too significant."

"There's obviously a level of concern, just considering who this is," a team source told PhillyVoice on Sunday afternoon.

To say this is a scenario the Sixers are unequipped and unprepared for is a massive understatement. Simmons has been an iron man for Philadelphia over the years, and while the team has invested significant resources in a backup plan for Embiid, they have no such fallback plan for Simmons. Without him, they will be forced to turn to minimum contract players like Alec Burks and Raul Neto to pick up additional minutes, and Josh Richardson will have to shoulder an even larger creation role with the starters despite sagging under the weight of lighter responsibility this season.

The only silver lining for the Sixers at the moment is that they face a relatively light schedule this week, but that is no comfort to a team that has found a way to lose in spectacular fashion to opponents of all sorts. We'll have more on the potential fallout from this move as information becomes available.