It's official: Sixers can't win and aren't that exciting

538 metrics place team at the bottom 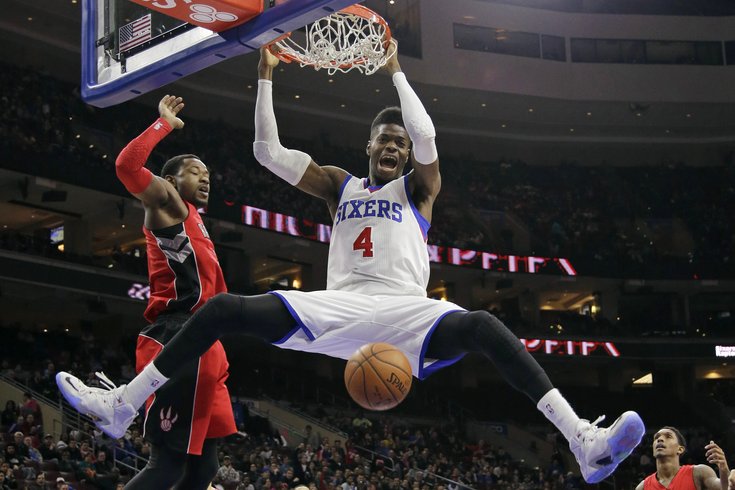 As the Sixers look to the 2015 NBA Draft following another series of trades made with an eye on the future, the remainder of this season might be a little more painful than previously expected.

While there is a relatively large amount of fan support for General Manger Sam Hinkie's rebuilding plan, the loss of fun players like K.J. McDaniels and Michael Carter Williams will make what had become a surprisingly competitive team slightly less interesting to see play.

With that in mind, it isn't hard to see why the Sixers ranked near the bottom of two metrics created by FiveThirtyEight to measure teams' in game success and excitement.

The first chart, created by Mike Beuoy and Allison McCann, measures each NBA team's probability of winning a game during each moment of a four quarter game. The current version of the chart has taken in to account every game so far this season using the win probability model, which is used to measure the likelihood of one team winning at any given point in a game.

The Sixers, unsurprisingly, are not likely to win at any moment during their games: 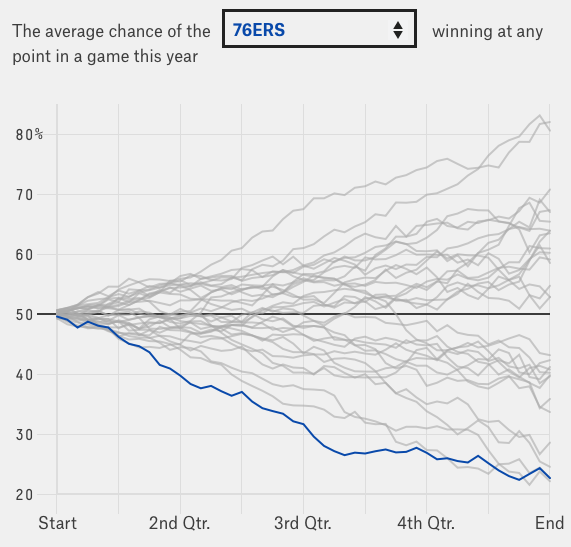 Even if you have enjoyed watching some of the surprising performances of players like Robert Covington and Jerami Grant, another piece by FiveThirtyEight suggests that the Sixers have not only been bad this year but also one of the least exciting teams in the league.

Using the same win probability model as the previous chart, Mike Beuoy created an excitement index, and ranked each NBA team's measurement in that index so far this season. In simple terms, the index measures how close games have been throughout the course of each game for each team. Once again, the Sixers' ranked near the bottom:

What's worth noting is that this index is not a measurement of how good or bad a team has been this year, but essentially how close their games have been. The Golden State Warriors, who currently hold the best record in the league, are at the bottom of the index. That is likely because they have blown plenty of teams out this year, with an average point differential over 10.

Ultimately, however, excitement is a subjective measurement, and for many a chart isn't neccesary to tell them that the Sixers have been boring to watch at times this season.