Both players landed on the COVID list prior to tip against the Rockets, but there's hope that Thybulle could be back sooner than later 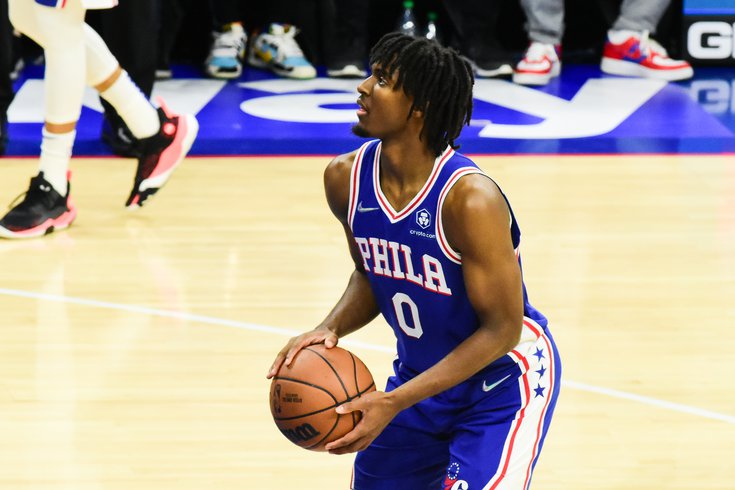 Sixers players Tyrese Maxey and Matisse Thybulle have entered the NBA's health and safety protocols, ruling them out for Monday night's game against the Houston Rockets, the team announced prior to tip-off.

This is the first time Maxey has entered the protocols this season, and the second trip for Thybulle, who missed time as a result of a COVID infection in the fall. There is some optimism regarding a quick return to the floor for Thybulle specifically, with a source noting that he was moved into the protocols due to an inconclusive test result Thybulle and the team were still waiting for clarity on as of Monday evening.

A refresher on the rules: Any test other than negative (positive or inconclusive) requires the player to enter the protocols. Players, coaches, staff, and referees are able to test out of quarantine if they return two negative results 24 hours apart, and the league has made multiple changes to the timeline regarding return-to-play otherwise, with players now able to return after five days if their cycle threshold levels are above 30 during testing. That's a change from their CT levels needing to be above 35 to clear a seven-day quarantine previously.

Assuming Thybulle is able to produce those negative tests fairly quickly, he could be back in the lineup before the team's next game, a road meeting with the Orlando Magic this Wednesday. It's a bigger blow for Maxey, who will presumably miss at least the minimum time under the league's new rules, and a brief setback right as he seemed to be gaining chemistry with center Joel Embiid, culminating in their two-man show in a win over Brooklyn last week.

Though the Sixers still have a soft stretch of schedule ahead of them in the coming weeks, schedule changes from the NBA have cluttered up what would have otherwise been a good time for them to rest and recharge to start 2022. Philadelphia's home tilt against the New Orleans Pelicans, which was postponed on 12/19 due to a shortage of available players, will now be played on Tuesday, January 25th. That forced the NBA to move up a previously scheduled game with Monday's opponent, the Houston Rockets — the Sixers will play Houston next Monday, January 10th, in order to avoid playing games on three consecutive days in late January. The end result is a loss of what would have been four consecutive off days and at least some assumed practice time, and more pertinently, there's a decent-ish chance Maxey could miss more games as a result of the schedule change.

In the meantime, the Sixers are bringing in some momentary reinforcements in the form of Charlie Brown Jr., the former St. Joe's guard who recently finished up a 10-day contract with the Dallas Mavericks. The Sixers are quite familiar with Brown Jr., who has played 11 games for their G-League affiliate, the Delaware Blue Coats, averaging 16.3 points, 7.7 rebounds, and 1.5 assists for the season. Brown earned G League Player of the Week honors for the week of games from November 15th-21st.

The only regular starter who has not tested positive yet this season is Seth Curry, who had a tough bout with COVID early last season. If there is a perverse silver lining to any of this, the Sixers are slowly running out of players who have not had COVID yet this season, putting them at decreased risk of further infections in the coming months and potentially allowing them to keep a full lineup on the floor together (or at least something close to it) for long stretches of time.

Preventing infection at all is still the ultimate goal, and for the time being, the Sixers now have to make do without their best available perimeter defender and most dynamic shot creator. It has been that sort of season.