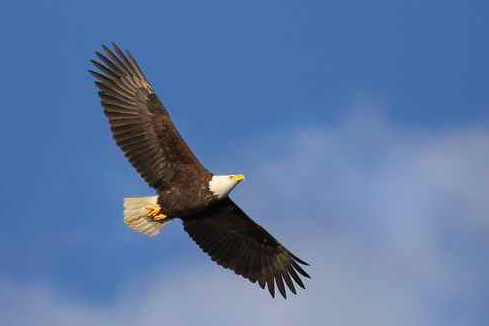 Pennsylvania's popular wildlife livestreams have become a sensation over the past few years, but some viewers became a bit nauseous and upset this week after a feed from the Hays nest site in Pittsburgh showed two bald eaglets feeding on a cat.

According to the Pittsburgh Post-Gazette, the footage appeared Tuesday after mature bald eagles brought the cat into the nest to feed their offspring. Several commenters on regional eagle chat boards offered squeamish reactions to the footage, which prompted a quip of a lede from the Associated Press: "News flash: Wild predators eat other animals."

A spokesperson for the Audubon Society of Western Pennsylvania said a review of the footage suggested the cat was already dead by the time it was brought to the nest. It was not immediately clear whether the cat was a pet or a feral animal.

On Thursday afternoon, after the Post-Gazette noted squeamish reactions the organization released a statement on the incident:

While many may cringe at this, the eagles bring squirrels, rabbits, birds, fish (and other animals) into the nest to eat multiple times each day. To people, the cat represents a pet but to the eagles and to other raptors, the cat is a way to sustain the eaglets and help them to grow. At Audubon, we encourage people to keep cats indoors for many reasons—primarily because cats themselves eat many, many songbirds. While seeing a cat in the nest was difficult for many, we're hopeful that people will understand that this is a part of nature, and nature isn't always kind or pretty.

Pennsylvania's eagle cams, which are live 24/7, run at various locations across the state. Among the most popular is the Game Commission's livestream of a bald eagle nest overlooking Codorus State Park in York County. Amid Pennsylvania's lengthy state budget crisis, the program was saved by donors who pitched in $2,400 to keep the camera installed in Heidelberg Township. In 2014, the livestream attracted about 1.5 million people worldwide to watch several eagles hatch.

The Game Commission stream can be accessed here. Those who wish to see nature at work in the cat video are advised that the footage includes graphic and potentially disturbing content.