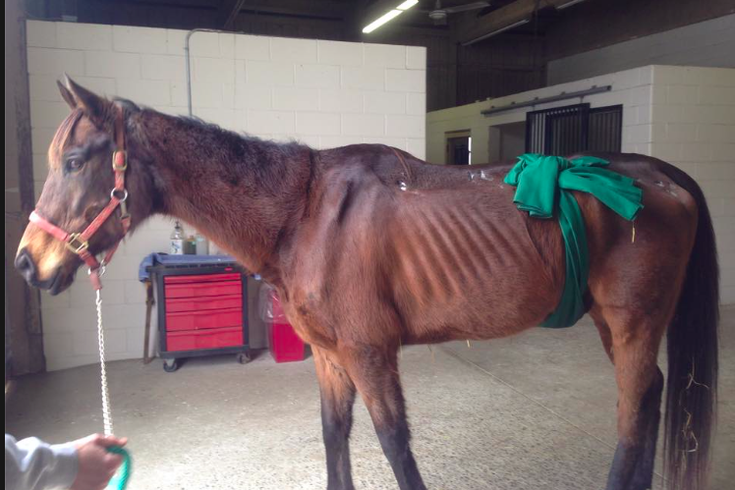 The owner of a South Jersey horse that died of neglect earlier this year has pleaded guilty to several counts of animal cruelty, the Courier-Post reports.

Farm owner Kelly Schreiber admitted guilt to a charge of cruelty that caused the death of Toby, who died after emergency surgery on March 2.

According to the humane police, Schreiber had neglected them for several days during the brutal cold, and “the horses had not been fed in several days admittedly by the owner and the stock tank that has the water was frozen solid.”

Schreiber was fined $4,500 and ordered to pay restitution of $5,000 for the horse's medical care, said Officer Armand King, a Humane Police spokesman. "She also received a lifetime ban from ever owning a horse," he added.

The second horse, Sunny, is now in the care of a new owner, according to the SPCA.