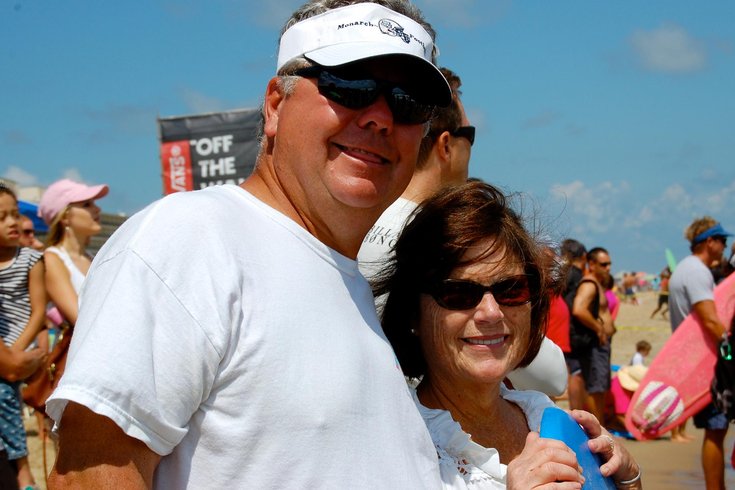 Terry Anders, who grew up in Millville in South Jersey, is among those killed in the mass shooting at Fort Lauderdale's airport. He lived in Norfolk, Virginia.

One of the five people shot and killed Friday at the airport in Fort Lauderdale, Florida, was a man originally from South Jersey.

Terry Andres, 62, grew up in Millville, where he went to high school.

WAVY, a Virginia television station, reported that his daughter has confirmed his death.

The station said Andres was at the airport, ready to go on vacation with his wife, who was not harmed in the carnage. Married for 40 years, they were about to begin a 16-day cruise, according to the Palm Beach Post.

Andres still has family in the Millville area and has two daughters and three grandchildren, according to SNJ Today, a Millville news station. He was a volunteer firefighter and had worked in the Norfolk Naval shipyard for about 20 years.

Ryan Kim, Andres’ 37-year-old daughter, told the Palm Beach Post that her mother wasn’t injured in the attack, but is in disbelief.

“I know that everyone always says that people are the greatest in the world, but he was the greatest person you could know,” Kim to the newspaper. “He never had a horrible word to say about anyone or anything.”

Kim said she knows her parents were in the Delta Sky Club in Terminal 2 before retrieving their luggage and her father left to get a luggage cart.

He turned to wave that he had the cart and the shooting began.

Kim learned her father had been shot after hearing a news account, called her mother, who was crying, and then asking to speak to her father.

"Because he’s been shot," her mother told her.

The alleged shooter, Esteban Santiago, 26, who was taken into custody at the airport after dropping his semi-automatic handgun and laying spread-eagle on the floor, is reportedly from New Jersey. He has family in Union County in northern New Jersey.

Santiago, who had lived in Alaska, took a flight to Fort Lauderdale, then took the gun from a checked piece of luggage, went to a restroom, loaded the weapon and began shooting.

Santiago is described as a former military veteran who suffered psychological problems after service in Iraq.