Nikita Cross, who attended Stockton University, would have been the first member of her family to earn one 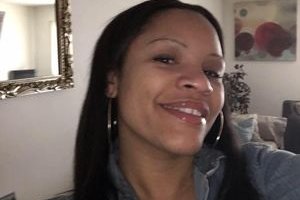 Nikita Cross, shot and killed just weeks before fulfilling her lifelong dream of completing college and doing good as a social worker, will be awarded a posthumous degree from Stockton University.

A Stockton University student who was shot and killed at a birthday party in Burlington County on Saturday night will receive a posthumous degree in social work at the school's undergraduate commencement ceremony May 15.

The student, 35-year-old Nikita Cross, would have been the first member of her family to earn a college degree.

“We will be conferring a posthumous degree, a Bachelor of Science degree in social work, at our undergraduate commencement ceremony on May 15,” Mary Beth Sherrier, assistant dean of Stockton University's School of Social and Behavioral Science, told The Press of Atlantic City.

Sherrier said Cross, from Galloway Township, Atlantic County, was committed to helping others and making a difference.

The dean added she knows there will be tears among her peers when Cross' degree is announced and handed to a family member.

Cross' brother, Darnell Ganges, told PhillyVoice on Thursday that his sister "loved education. She played at being a teacher when she was a little girl. Both of her parents were incarcerated. She and my sister pretty much raised themselves.

“She had a pretty hard road. She grew up in Schoolhouse Apartments in Atlantic City. When I came to visit them, we stepped over bodies and drug paraphernalia.

“She never gave up. The weight of the world didn’t stop her. I was so proud of her,” said Ganges, a resident of Bordentown, Burlington County.

He said his sister earned the money to study at Stockton by working as a cocktail waitress in Atlantic City during the past decade.

Her funeral is Friday in Atlantic City.

Meanwhile, Darren Winningham, 42, who was taken into custody at his Riverside apartment after the shooting, was arraigned Monday in Burlington County and remains jailed, unable to post $500,000 cash bail.

Winningham allegedly became agitated at the number of people in his apartment for a birthday celebration of a relative.

He allegedly took out a handgun, brandished it and fired once before the weapon was reportedly wrestled away.

Winningham, who has a long criminal record, is charged with first-degree murder and unlawful possession of a gun.