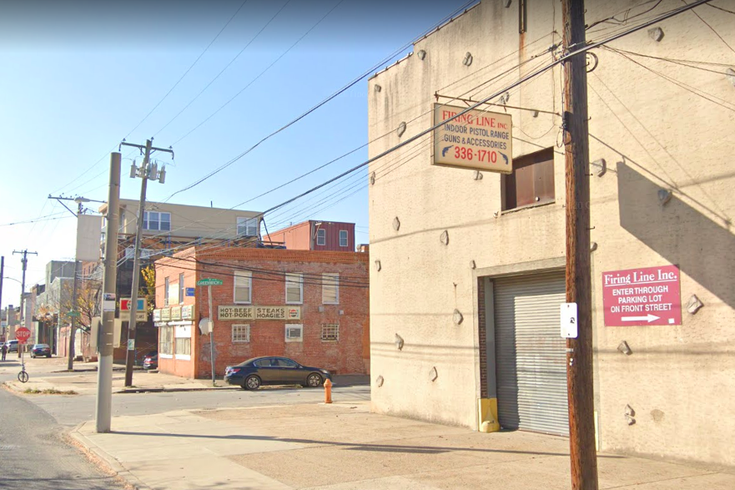 Khaleef Brown, 17, is facing criminal charges for his alleged role in the burglary of Firing Line Inc, a South Philly gun shop. The store's owner, Gregory Isabella, opened fire on the group, killing one person.

Police have arrested a teenager who allegedly was among a group that broke into a Pennsport gun shop Tuesday, prompting the owner to open fire. The shooting left one of the suspects dead.

Khaleef Brown, 17, was charged with robbery, burglary, gun possession, falsifying information and related charges, District Attorney Larry Krasner announced Friday. Brown is one of four people who allegedly broke into Firing Line, Inc., located on the 1500 block of South Front Street, and attempted to steal a large stock of guns and ammunition.

"The facts we know and the law are clear that the business owner’s use of force while inside his own property against a burglar, accompanied by others, who was entering with a gun in his hand was justified," Krasner said. "It is fortunate for the city of Philadelphia that this large cache of guns and ammunitions were not taken and sold on the street.”

The group allegedly entered the shop through a back door and went upstairs to the second floor, which housed a large supply of guns and ammunition, Krasner said. There, Isabella fired his gun three times, killing a 29-year-old man who was holding a gun.

Brown was hit in the shoulder, Krasner said, but he was able to flee with two others.

He came to the emergency department at Thomas Jefferson University Hospital in Center City, where he received treatment for his gunshot wound. Brown allegedly told police a false story, but investigators connected him to the crime scene through overwhelming evidence, Krasner said.

The incident, which remains under investigation, occurred as the city was under a curfew prompted by civil unrest following the killing of George Floyd.