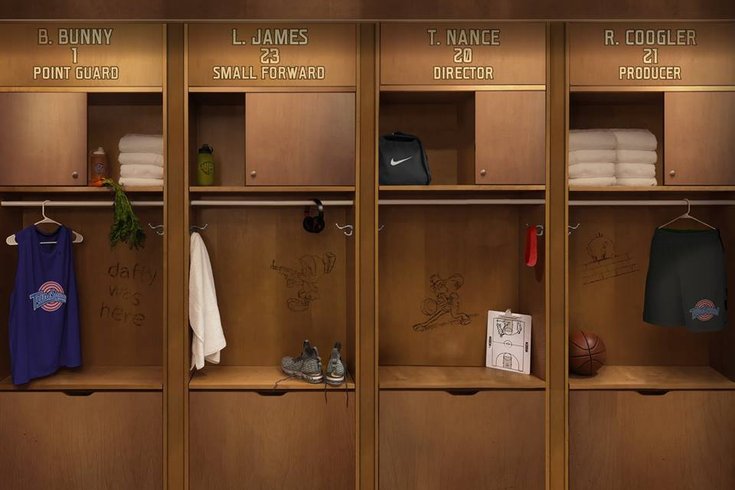 Warner Bros. has announced that "Space Jam 2," featuring LeBron James, will premiere in theaters on July 16, 2021.

Earlier this week the film was confirmed to begin production this summer. “Black Panther” director, Ryan Cooler, will act as executive producer and Terence Nance will direct.

"Space Jam 2" is the sequel to the 1996 smash hit, "Space Jam," starring Michael Jordan. The sequel's storyline has been kept fairly under wraps, and it's unclear who will be in the film other than James and Eric Bauza, voice actor for Bugs Bunny and Elmer Fudd. We can only hope that Michael Jordan will come back and Bill Murray will make some kind of an appearance.

But the real question is which players are going to make an appearance in the film? The original featured Patrick Ewing and Larry Bird, and even two former Philadelphia 76ers, Charles Barkley and Shawn Bradley.  We have to say, considering James relationship with 76er point guard Ben Simmons, it seems like a Simmons appearance in the film would not only be likely but it may add a nice tone to the film.

There's no denying the Simmons and James relationship would transfer well to the silver screen. When Simmons was still a LSU Tiger he referred to James as a 'big brother' and 'mentor' and that sentiment has stayed the course up until today with no signs of slowing down. And if you need any more justification that Simmons could be an asset to the sequel, James even serves as executive producer on a TV series inspired by Ben Simmons' family called "Brotherly Love." So, let's just say, if Simmons isn't in the new "Space Jam," what are they even doing?

I told y’all a while back that my young King was next in line! Getting better and better every night out! Tonight another example of that. Fun to watch and compete against you again and #TheProcess @joelembiid. Remember lil bro settle for nothing less than GREATNESS!!! @bensimmons

Whatever happens, we're pretty pumped. Nothing can truly top the original, but this may shape up to be a pretty decent sequel.

Me in the theatre watching Space Jam 2 pic.twitter.com/dlAdCqfCpZ