The shooter fled the scene on Wednesday morning in a black SUV, Springfield Police say 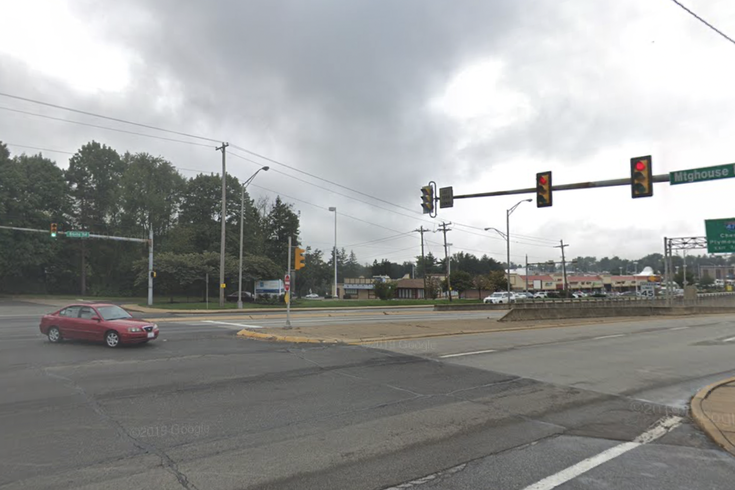 A man was killed Wednesday morning in a suspected road rage shooting near the intersection of South State Road and Meetinghouse Lane in Springfield Township, Delaware County, authorities said.

A 54-year-old man was fatally shot on Wednesday morning in an incident that Springfield Police believe was triggered by road rage, authorities said.

The shooting happened around 8:30 in the southbound lanes of State Road, between Buttonwood Drive and Meetinghouse Lane. Witnesses told police that a dark-colored SUV passed a white Toyota and pulled over to stop on the shoulder of the road.

The passenger of the SUV then got out of the car and fired two shots at the Toyota, which was stopped in the center lane at a traffic light, police said. The bullets broke through the windshield and struck the driver. The gunman then got back into the SUV and fled the scene.

The shooting victim, who was pronounced dead at a nearby hospital, was identified Wednesday afternoon as Springfield resident King Hua.

Delaware County District Attorney Jack Stollsteimer said the victim's wife was a passenger in the Toyota. She was unharmed in the shooting.

The shooting may have stemmed from the gunman's anger that Hua was driving too slowly, Springfield Police Chief Joe Daly said.

The driver of the SUV fled the scene with the gunman and still had not been found by late Wednesday afternoon.

"The investigation into this outrageous, senseless, and needless death will be relentless and once identified this actor will be prosecuted to the fullest extent of the law," Daly said.

There is no current danger to the community, police said.