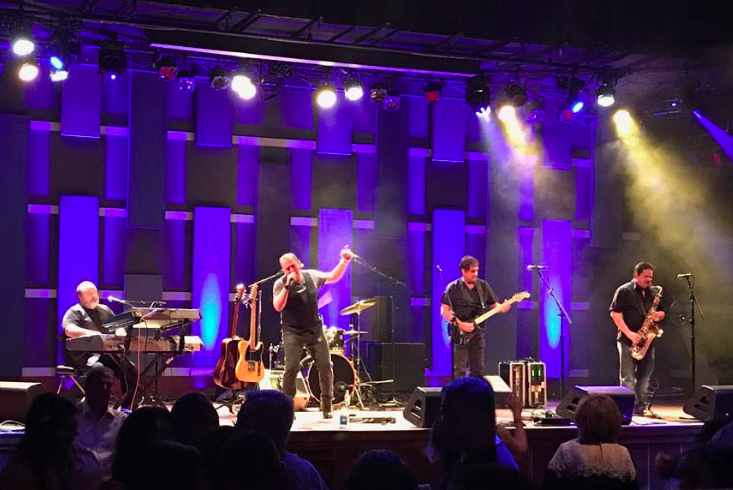 The B Street Band.

The "Duck Test" is usually a go-to for teaching the lessons of abductive reasoning.

In the case of The B Street Band, the premiere Springsteen tribute act for more than three decades, sounding like The Boss isn't necessarily a sign the group adheres to its hero's credo.

According to event information posted by the New Jersey State Society, The B Street Band is slated to perform next week at the Garden State Inaugural Ball in Washington, D.C., an event whose honorary chair is none other than Springsteen fanatic Chris Christie.

Springsteen performed in Philadelphia for a Hillary Clinton rally on the eve of the 2016 election and would likely never agree to play a show in support of Donald Trump.

Last September, the rock icon told Rolling Stone the American republic was "under siege by a moron, basically." A month later, in an interview with British broadcaster Channel 4 News, the Springsteen called Trump a "flagrant, toxic narcissist" bent on tearing down the foundations of democracy. Last week, on Marc Maron's "WTF" podcast, he questioned whether Trump is competent enough to fulfill the responsibilities of the presidential office.

B Street Band owner and keyboardist Will Forte told NJ.com the decision to play the ball has nothing to with politics. In fact, he pointed out that the longstanding group has performed at similar events for Democratic candidates dating back to the 1990's.

For what it's worth, Springsteen has said he doesn't believe fans look to rock musicians to figure out their own political views in any decisive sense. The B Street Band is an impressive unit that stands up to the impossible task of holding a candle to Springsteen's original material, as opposed to saluting his sprawling balladry in the way local bands like The War on Drugs and Titus Andronicus have done.

Here's a sampling of what they bring to the stage.