What to expect during each stage of menopause

By A PhillyVoice Contributor, Sponsored by Independence Blue Cross 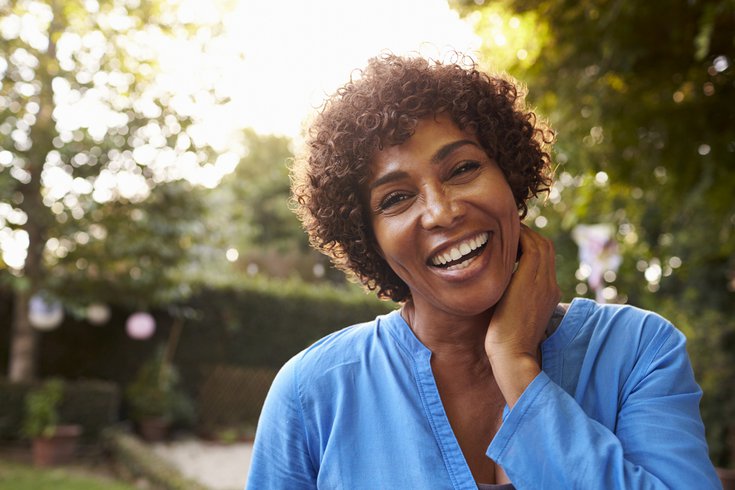 If you menstruate, the changes your body goes through in the years immediately prior to and after your final period can be difficult to navigate. Here’s what you may experience and some tips for coping with it.

A person reaches natural menopause when they have not menstruated for 12 consecutive months, which typically will occur in their 40s or 50s. The average age for it is 51 or 52. The age at which your mother reached menopause may help you estimate when you will go through it.

Perimenopause is when people usually begin experiencing the symptoms associated with menopause. It means “around menopause” and is also called the menopausal transition or “The Change.”

Perimenopause usually starts in the mid-to-late 40s and lasts about four years. Its duration depends on multiple factors, including when it starts; whether the person experiencing it had children; and whether they smoke.

Menopause occurs because the ovaries decrease their production of the hormone estrogen to a very low level and stop producing another hormone, progesterone. During perimenopause, production of estrogen, can fluctuate widely. These fluctuations cause many of the symptoms associated with perimenopause.

Other perimenopause symptoms include:

• Mood swings, which may be caused by fluctuating hormone levels, stress due to other perimenopause symptoms, and aging.
• Less interest in sex, discomfort, or taking longer to become aroused.
• Weight gain and changes in body shape.

You may not notice perimenopausal symptoms when you first have them because they can be mild, come on slowly, or be attributable to other conditions. Once you suspect you are perimenopausal, however, it’s a good idea to let your doctors know.

One reason is that lot of changes are occurring in your body during perimenopause, so monitoring them is important. That’s especially true if you are experiencing bone loss, which leaves you more vulnerable to injury, or changing cholesterol levels, which can make you more susceptible to heart disease.

Another reason to let your doctors know that you think you’re going through perimenopause is that many of its symptoms can also be a sign of other conditions, so determining their cause is important. Also, some perimenopausal symptoms may be so intense that you’ll want to alleviate them.

Therapies involving hormones are a common treatment for some perimenopausal symptoms, while prescription and over-the-counter medicines can be used on others. Natural remedies are available, but studies haven’t shown they’re consistently effective. If you decide to use them, you should let your doctors know, as they may affect other medicines you’re taking.

Getting pregnant is possible during perimenopause, so use birth control if you are having sex and don’t want a child. This is especially important because the irregularity of periods during perimenopause can make it hard to identify pregnancy early.

In addition to reducing your chance of getting pregnant, low-dose hormonal birth control may help alleviate such perimenopausal symptoms as hot flashes, vaginal dryness, and mood swings.

Cutting back on caffeine and alcohol also can ease postmenopausal symptoms. So can a diet with plenty of phytoestrogens, which are plant-based sources of estrogen that occur in whole-grain cereals, flax seed, chickpeas, and legumes.

People who’ve reached postmenopause also should make sure they get enough calcium, whether by diet or supplement, to ward off osteoporosis. And, like everyone, they should try to exercise regularly and eat a healthy diet.

Understanding the causes, symptoms, and implications of perimenopause, menopause, and postmenopause can make going through these major life changes less stressful.