Effort is part of $27 million project in Kensington 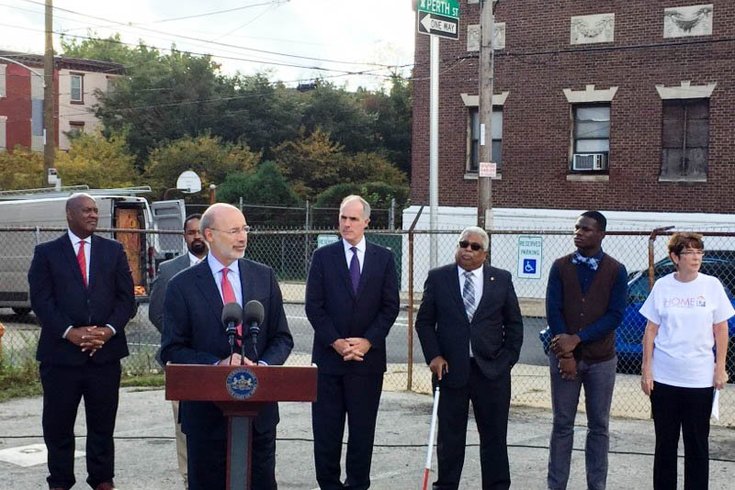 Pennsylvania has invested a multi-million dollar grant to a project that will provide affordable housing in Philadelphia for members of the lesbian, gay, bisexual and transgender (LGBT) community at risk of homelessness.

Governor Tom Wolf and U.S. Senator Bob Casey announced Friday that the $3 million investment for a Project HOME facility will be provided through the state's Redevelopment Assistance Capital Program (RACP).

Project HOME is a non-profit organization based in Philly that helps individuals break the cycle of poverty and homelessness.

“Nationwide, 40 percent of homeless young adults identify as LGBTQ, and we know that without early interventions to educate, employ, and empower homeless youth, and without a stabilizing force in their lives, it becomes incredibly hard to break the cycle they are caught in,” Wolf said. “This project will target that population, giving them a place to stay and access to critical services that they need to get back on their feet in a time of intense need.”

The money will help developers construct a four-story, 36,000 square-foot building at 1315 North 8th Street in the city's Kensington section. The LGBTQ-friendly complex will feature 30 one-bedroom units of affordable housing for young adults who are homeless, have experienced homelessness, or are at risk of homelessness. Residents will also have access to employment, education and health care services.

Sister Mary Scullion, executive director of Project HOME, said the building is the first phase of a two-part, $27 million project at the location.

According to the group, about 12,000 people receive access to shelter in the city each year. That number does not include people who were turned away.

“Our nation has a deep and abiding obligation to the most vulnerable, a mission Project HOME fulfills daily,” Casey said. “Earlier this year I called for additional resources to combat homelessness, particularly among children. I worked to help secure this grant so that more children in Southeastern Pennsylvania will be able to have this basic measure of security. This grant will also ensure that LGBTQ youth have an opportunity to reside in a secure and affirming environment.”

Construction on the project is scheduled to begin in the spring of 2017.