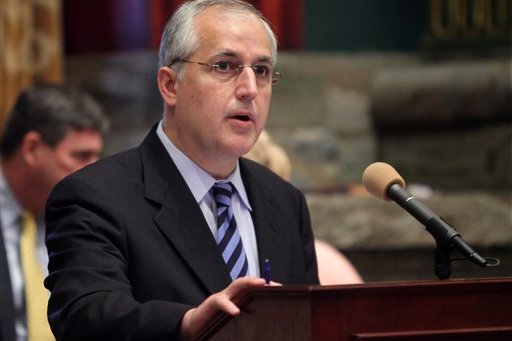 State Sen. Dominic Pileggi — once dubbed "the most powerful man in Harrisburg" by former Gov. Ed Rendell — announced his candidacy to fill a vacancy on the Delaware County Court of Common Pleas.

Pileggi, R-Delaware County, has had a heavy hand in much of the legislation passed by the General Assembly, but that power withered last fall, when his more conservative colleagues ousted him as Senate majority leader, favoring Sen. Jake Corman, R-Centre County.

Now, Pileggi, the former mayor of Chester and a 12-year Senate veteran, has his eyes set on joining the Delco bench.

"I’m proud of my accomplishments representing the residents of the Ninth District, but as an attorney I’ve always had a strong interest in how our legal system is administered and a great respect for the Delaware County bench," Pileggi said in a statement released Friday. "As a senator, I take a very deliberative approach on public policy matters and would do the same as a judge, considering all sides of an issue to reach a fair result. My experience in the Senate will allow me to bring a new, fresh perspective to the bench and the citizens of Delaware County. I look forward to the opportunity to continue my public service as a member of the Court of Common Pleas."

Pileggi has revamped the Pennsylvania Open Records Law, amended the Sunshine Law and led efforts to abolish the Philadelphia Traffic Court. He also played a vital role in passing state budgets under both Rendell and former Gov. Tom Corbett.

If elected, Pileggi pledged to resign from the state Senate prior to joining the bench.