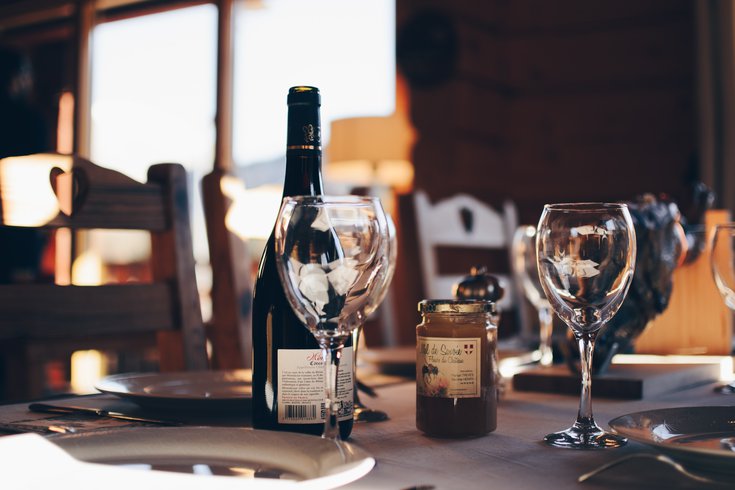 South Philadelphia's Stina Pizzeria is teaming up with activist and chef Kurt Evans on a multi-course dinner on Tuesday, April 26, with proceeds benefitting Philadelphia Lawyers for Social Equity.

South Philadelphia's Stina Pizzeria brings back its charity, guest-chef, dinner series next week when the restaurant teams up with chef Kurt Evans, who co-founded Everybody Eats Philly.

Each month, Stina's chef Bobby Saritsoglou teams up with another Philly chef to create a multi-course menu, benefitting the cause of the guest chef's choice. With Evans, Saritsglou will prepare a multi-course dinner on Tuesday, April 26, featuring dishes influenced by Black heritage cooking.

RELATED: Kensington Derby and Arts Festival returns in May with more than 100 vendors and artists

The meal costs $85 per person and requires reservations. A selection of wines from Mural City Cellars, paired with each course of the meal, is available for an additional $20. Here is the menu:

And in 2017, Evans started his own meal series, the Ending Mass Incarceration Dinners. The event series blends formerly incarcerated people with community stakeholders in order to educate people on the dangers of mass incarceration.

"Chefs just aren't people in the kitchen anymore," Evans told Axios in October. "Somebody can look at your food and be like, 'That's great, but what change can you make through the lens of using your food?'"

Money raised from Evans' event at Stina will benefit Philadelphia Lawyers for Social Equity, a nonprofit that provides free legal representation to low-income Philadelphians whose criminal records are preventing them from getting employment. The group says it provides aid to communities left most vulnerable by interactions with the criminal justice system.

The dinner is pre-paid, and reservations are available from 4:30 to 9:30 p.m. on April 26. Guests will be required to wear masks indoors when not actively eating or drinking, in accordance with Philadelphia's current COVID-19 rules.

An Evening with Chef Kurt Evans