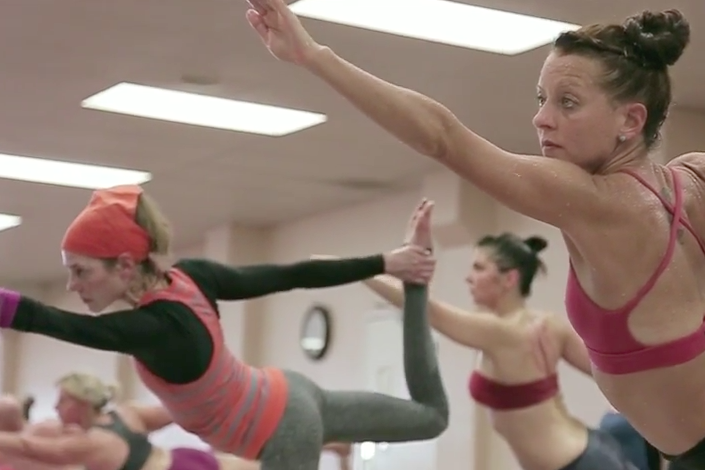 Core temperatures reached during a Bikram yoga session can pose risks for heat-related illness, according to a new study.

Participants can reach dangerously high core temperatures during a Bikram yoga class, which can pose a risk for heat-related illnesses, according to a new study sponsored by the American Council on Exercise (ACE).

A typical Bikram yoga, or hot yoga, session lasts 90 minutes and involves 26 poses and two breathing exercises. The session is held in a room heated to 105 degrees F with 40 percent humidity.

Many Bikram yoga practitioners and advocates say that the practice can improve mindfulness, flexibility, strength and more.

However, while there are several benefits to practicing Bikram yoga, ACE argues that concerns associated with the potential for heat-related issues among participants appear warranted.

“Exercising in hot and humid environments — whether inside a studio while practicing Bikram yoga or running outside during the warm months of summer — can place participants at risk for heat-related illness, especially if individuals do not adequately hydrate before, during and after exercise,” ACE Chief Science Officer Cedric X. Bryant, Ph.D., said in a statement.

Researchers at the department of exercise and sport science in the University of Wisconsin-La Crosse tested 20 (seven male and 13 female) volunteers ranging in age from 28 to 67 who all regularly practiced Bikram yoga. Participants swallowed core body temperature sensors and wore heart-rate monitors so researchers could record their bodies' responses during the class.

“Given the popularity of Bikram yoga and its proven benefits, it is likely here to stay,” Bryant said. “It’s up to the instructors to make sure it is done safely and efficiently by adapting participants gradually to the hot and humid environment, and encourage them to drink fluids before, throughout, and after the class.”