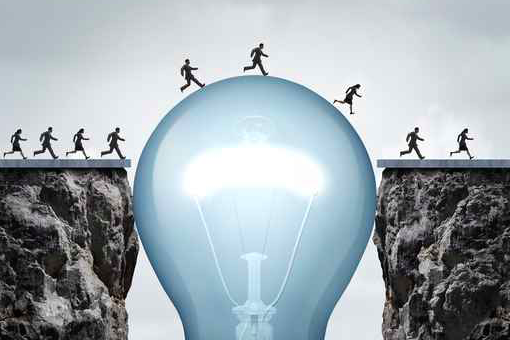 How to distinguish between impulse and insight when it comes to decision time can be a major challenge on a day-to-day basis in all walks of life. As a consumer, impulse often leads to misguided choices that a more cautious, cost-benefit analysis might help us avoid. To solve dilemmas and puzzles, however, it turns out that relying on spontaneous gut feelings is more likely to produce correct solutions than a methodically reasoned, analytical approach, according to a new study.

When researchers from Drexel University, Northwestern University, the University of Wisconsin-Parkside, and Italy's Milano Bicocca University conducted a series of puzzle experiments that tested the effectiveness of eureka thinking compared to methodical analysis, they found that responses derived from insight overwhelmingly led to more correct answers than those that came from more involved thought processes.

“Conscious, analytic thinking can sometimes be rushed or sloppy, leading to mistakes while solving a problem,” said John Kounios, director of Drexel's Ph.D. program in Applied Cognitive and Brain Sciences. “However, insight is unconscious and automatic — it can’t be rushed. When the process runs to completion in its own time and all the dots are connected unconsciously, the solution pops into awareness as an Aha! moment. This means that when a really creative, breakthrough idea is needed, it’s often best to wait for the insight rather than settling for an idea that resulted from analytical thinking.”

Each of the experiments included in the study used a single set of between 50 and 180 puzzles. One group used only linguistic prompts, another used only visual puzzles, and another two used a combination of both formats. One linguistic puzzle, for example, asked participants to provide the word that can turn each of the following words – "crab," "pine," and "sauce" – into a compound word.

If you were put on the clock with 15 or 16 seconds, would you be able to reason quickly that the answer is apple?

Looking at the data, researchers concluded that wrong answers often come from guesses at the end of a fruitless attempt to analyze information.

“Deadlines create a subtle — or not so subtle — background feeling of anxiety,” Kounios said. “Anxiety shifts one’s thinking from insightful to analytic. Deadlines are helpful to keep people on task, but if creative ideas are needed, it’s better to have a soft target date. A drop-dead deadline will get results, but they are less likely to be creative results.”

Kounious, who co-wrote the book “The Eureka Factor: Aha Moments, Creative Insight and the Brain," explained that analytical thinking works best for situations when time-honored strategies can guide problem-solving, such as arithmetic. Even though insight occurs below the threshold of consciousness – thus making it difficult to monitor – the results of the study suggest that it should be given more credence in day-to-day personal and professional scenarios.

Check out the full study, "Insightful solutions are correct more often than analytic solutions,” in the latest edition of the journal 'Thinking and Reasoning.'