Marijuana use increases the risk of stroke, heart failure and other cardiovascular complications, according to a new medical study led by a Philadelphia cardiologist.

Researchers found that marijuana use alone increased risk of stroke by 26 percent and risk of heart failure by 10 percent. The findings accounted for factors known to increase cardiovascular risk, including demographic factors, health conditions and lifestyle risk behaviors like smoking and alcohol intake.

The research was led by Dr. Aditi Kalla, a cardiology fellow at the Einstein Medical Center. She is slated to formally present the study at the American College of Cardiology's annual scientific session in Washington on March 18. 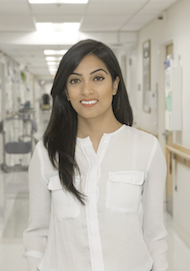 The findings come as more states legalize medical and recreational uses of cannabis. Twenty-eight states, including Pennsylvania and New Jersey, have approved the use of medical marijuana. Another eight have legalized recreational marijuana.

"We were definitely surprised to see that cannabis was an independent risk factor for both heart failure and stroke," Kalla said. "I think it's rare that we ever have a drug hit the market without undergoing clinical trials so that we can determine safety and efficacy."

Previous marijuana research has mostly focused on pulmonary and psychiatric complications, according to Kalla, whose study is one of just a few to examine its relation to cardiovascular outcomes.

With more states legalizing marijuana, Kalla said it is imperative to study its potential side effects — particularly as more patients inquire about medical uses.

Kalla's research team analyzed more than 20 million health records from the Nationwide Inpatient Sample, including the records of 316,000 people diagnosed with marijuana use. They extracted records from patients ages 18 to 55 who were discharged in 2009 and 2010, when marijuana use was illegal in most states.

The study had some limitations. It was based on hospital discharge records, so it might not be reflective of the general population. And researchers could not control for the quantity and frequency of marijuana use, or whether it was used for medical or recreational purposes.

Future research could determine whether cardiovascular risks are enhanced by both the frequency and form of use, Kalla said. That could help doctors monitor patients for any side effects impacting the cardiovascular system.

"At this point, we did not have information on either one of those," Kalla said. "It would be great if we could really understand if one form of a cannabis may be more dangerous than the other."

This story was updated on March 10, 2017 to include quotes from Dr. Aditi Kalla.