His daughter has down syndrome and autism 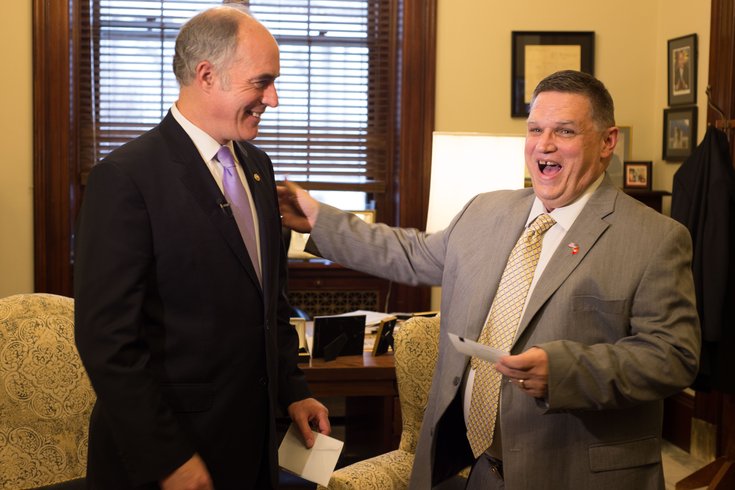 Joe McGrath describes his two daughters as the "light of his life."

But the Montgomery County man worries that Republican-backed plans to revamp Medicaid funding will make it harder for his family to care for 17-year-old daughter, Maura, who has both down syndrome and autism.

Her Medicaid benefits include a home health care aide who regularly provides assistance.

McGrath, a retired Marine from the Lafayette Hill section of Whitemarsh Township, will attend President Donald Trump's address to Congress and the nation Tuesday night as the guest of Sen. Bob Casey, a Democrat who ardently opposes the GOP plan to convert Medicaid into a block grant program. 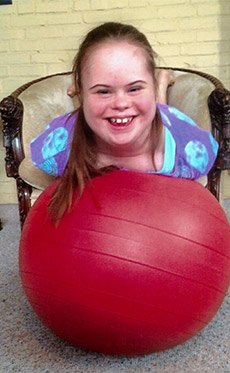 Maura McGrath, 17, of Lafayette Hill, Montgomery County, has down syndrome and autism. Her family received Medicaid to help with her care.

"We actually knew Maura was going to be born with down syndrome before she was born," McGrath said. "I became an advocate for children, just waiting for her birth. ... She's non-verbal, not potty trained, but she's the light of my life. She's made me a better man and a better father."

If Republican leaders get their way, the block grant program would send a designated amount of funding to each state, essentially capping total Medicaid spending. Each state then would determine how to disburse the funds it receives.

Medicaid is jointly funded by both federal and state governments.

McGrath said he fears the change could reduce Maura's Medicaid benefits as she enters adulthood and his own health potentially worsens due to Parkinson's disease. Republicans praise the local control aspect, but McGrath claimed it will lead to reduced benefits.

"I just have such fear about this block granting," he said. "People can't imagine how devastating it could be."

Casey said without greater opposition, the GOP's Medicaid plan likely will become reality. He called on President Donald Trump to oppose it tonight during his address.

"We have to make sure when people are voting on the budget coming up, that they know that these decisions are about real life," Casey said.

"To have somebody who's so vocal for my daughter Maura, it's an incredible honor for him to have invited me here tonight," McGrath said. "I'm looking forward to it. I'm just really excited that we have somebody who is willing to fight for our children."