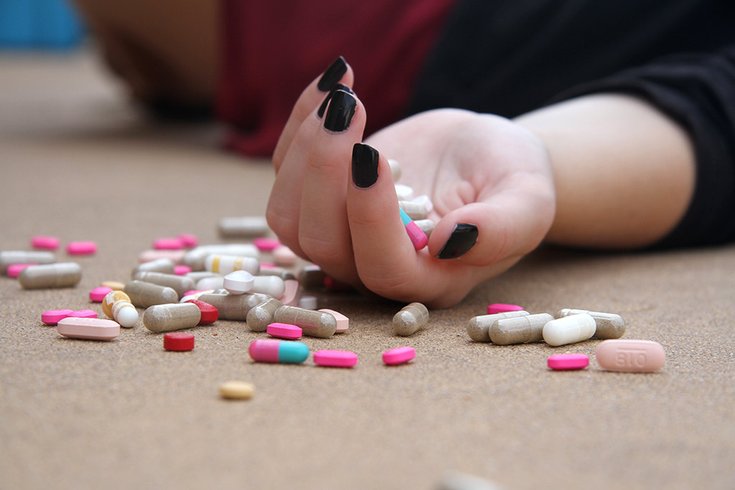 In the past few decades, suicide rates across the world have seen a significant jump. Now, experts are seeing increases in particular methods of suicide “trending” in specific groups in the United States.

One of these suicide “trends” is suicide attempts by poisoning in young adults — specifically girls and young women. A report published Wednesday that examined National Poison Data System from U.S. poison centers from 2000 to 2018 in patients from 10 to 24 years old found suicide attempts via poisoning have more than doubled in the last 10 years. Further, that same method has seen a three-fold increase in girls and young women, CNN reported.

Intentional self-poisoning is the leading type of suicide attempt for adolescents (and the third-leading cause of suicide deaths), and a new study confirms that numbers here, too, are rising. The research, published in theJournal of Pediatrics, found that suicide attempts by poisoning have doubled in frequency among kids younger than 19, rising from almost 40,000 attempts in 2000 to almost 80,000 in 2018. Teen girls seemed to drive the increase in self-poisoning attempts, which can include intentional drug overdoses or exposure to other toxic substances.

Out of more than 1.6 million self-poisoning attempts among people ages 10-24 that were reported to U.S. Poison Control Centers (PCCs) and entered into the National Poison Data System database from 2000 to 2018, more than 340,000 resulted in symptoms that were non-life-threatening but required treatment. More than 45,000 resulted in life-threatening symptoms and about 1,400 resulted in death, the study says. Those estimates were similar to figures from the National Electronic Injury Surveillance System, according to the study.

While the results are quite staggering, Huffington Post reported the study doesn’t determine the reasons driving young people to attempt suicide. But with studies showing a correlation between the use of social media and depression, one could theorize that as a potential influence.

“We definitely need to have upstream approaches to help kids manage their emotional pain before they get to the point where they’re looking at medications or substances to deal with that,” John Ackerman, an author of the study and suicide prevention coordinator for the Center for Suicide Prevention and Research at Nationwide Children’s Hospital, told HuffPost.

The study notes that suicide is currently the second leading cause of death in people ages 10 to 24. Researchers said it is critical for media and awareness campaigns, and evidence-based training for practitioners, to "intervene with youth showing warning signs of suicide." Providing better access to crisis resources and a reducing the stigma associated with seeking help are critical next steps, they said.

That said, we also must be careful in how we talk about suicide with young adults. Earlier this week, a National Institute of Mental Health study came out suggesting that extremely popular, well-received and arguably revolutionary Netflix series "13 Reasons Why" — a realistic depiction of the bullying-induced suicide of a teenage girl — could lead to an increase in suicide, The Cut reported.