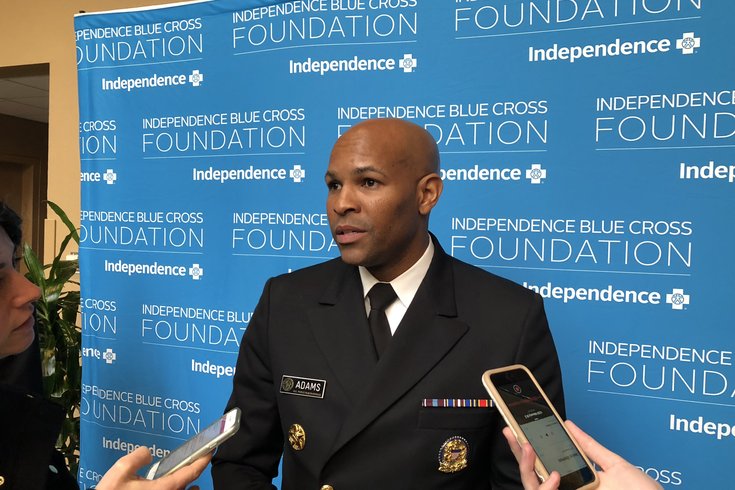 Dr. Jerome M. Adams, the U.S. Surgeon General, on Tuesday cautioned against the use of supervised injection sites as a strategy for combating the opioid epidemic, suggesting more viable alternatives exist.

"There's still a lot of low-hanging fruit out there, a lot of evidence-based interventions which have been accepted by the community ... that still need to be optimized," Adams said during an opioid crisis conference hosted by the Independence Blue Cross Foundation.

The conference, dubbed "Someone You Know: Facing the Opioid Crisis Together," brought together public health leaders, like Adams, to discuss intervention, treatment and barriers to recovery.

Philadelphia has been among the U.S. cities hit hardest by the opioid epidemic. Last year, more than 1,200 people died of overdose in the city. Another 14,000 people are in treatment for opioid use disorder.

Philly officials have pledged to welcome any private company that wants to establish a supervised injection site where drug users can take opioids under the supervision of medical personnel and without fear of arrest. But the Trump administration has threatened "swift and aggressive action" against any supervised injection site, saying they violate federal law.

"It's not to discourage discussion," said Adams, whose brother Phillip has struggled for years with substance abuse. "But it is to say, from a pragmatic point of view, let's crawl first before we try to figure out how to sprint – particularly on controversial policy solutions."

Adams also warned against using the term safe injection site, saying it promote a false impression that there is a safe way to inject drugs.

Gorman, who is in recovery from opioid addiction, helped found The Flock, a St. Joseph's University organization that supports people affected by substance abuse disorder. He said data supports supervised injection sites as a beneficial strategy.

"It's my personal opinion that that would be an incredibly effective measure to save lives," Gorman said. "Right now, with the epidemic and the proportions that it's reached, saving lives should be the in the forefront of all of our minds."

Hilferty, whose son is nearing five years in drug recovery, said government officials – not insurance companies – should aggressively determine the best ways to help people get the treatments they need.

"It's not up to us to make a decision as to whether we're pro safe injection sites or we're opposed to safe injection sites," Hilferty said. "We just want to create a web, as a company connected with other partners, to catch every single person that we can and help them find that right path to true professional services and treatment."

In addressing reporters afterward, Adams stressed his efforts to promote evidence-based interventions that have not been fully implemented in communities battling the opioid epidemic.

"We know medication-assisted treatment has not been optimized," Adams said. "We know naloxone saves lives. ... There's still so many more things we could be doing to optimize warm handoffs in connection to treatment. Let's focus our energy on the things that already exist and aren't optimized."

He also noted both Indiana and Kentucky have legalized syringe service programs, which provide free, sterile syringes to reduce the spread of HIV and hepatitis. They remain illegal in Pennsylvania, though both Philadelphia and Pittsburgh have received exemptions.

"There's a saying – 'Folks don't care what you know until they know that you care,'" Adams said. "I think you've got to go to these communities across Pennsylvania and show that you care. Then they will be willing to listen about some of the other policy interventions that are out there." 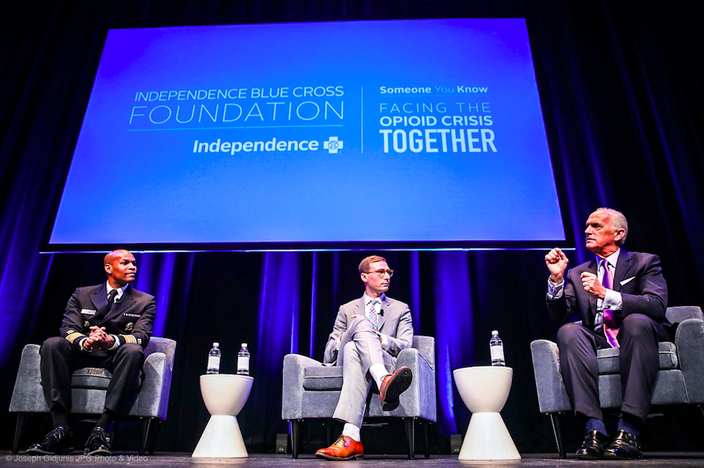 HELPING THOSE NOT READY

Devin Reaves, executive director of the Pennsylvania Harm Reduction Coalition, said clean needles cost about 8 cents apiece. By contrast, it costs $20,000 to cure hepatitis C and nearly $1 million to treat someone with HIV.

That's why he advocates for syringe service programs and other low-threshold programs. Not everyone has reached the point where they are ready to get clean, he said. But they can still be helped.

"We need to focus more of our resources on making sure that people don't die. Period. End of discussion."

Similarly, Marci Cheesman, co-founder of "Stomping the Stigma," urged parents to speak openly about family members who have struggled with addiction. Both her father and sister have battled addiction. So, too, has her son.

If people in their family have battled addiction, children need to know that they may be more susceptible than their friends, Cheesman said.

"You need to let your children know, to be responsible," Cheesman said. "They have to make sure that they don't do what their friends do. While their friends may be able to walk away from it, they may not be able to."