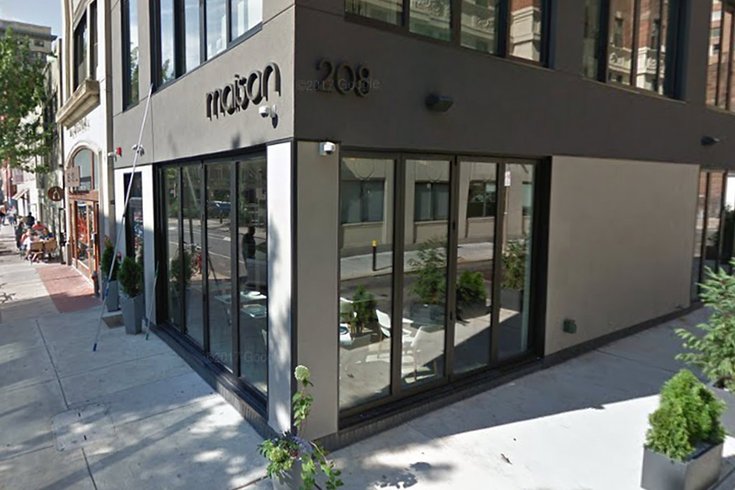 Sylva Senat, the Haitian-born chef who starred in Season 14 of Bravo's "Top Chef," has parted ways with Maison 208, according to multiple reports.

Maison 208, a New American restaurant with French Caribbean-influence, opened in July 2017 at 13th and Chancellor streets. Senat’s presence at Maison 208 was highly anticipated after his beloved Indian restaurant on South St., Tashan, closed in 2015.

Maison 208 took more than two years of planning and Senat, in an interview with "The Prompt," described the restaurant as a "labor of love."

Philly.com was first to report news of the chef's departure on Wednesday.

Senat’s business partner, Uri Pierre Noel, mentioned Senat & Co. were still working on the terms of a financial-separation agreement with Maze Hospitality. The company is no longer an active partner in Maison 208 or affiliated with Maze.

Noel noted they wanted to shift their focus to other projects. This includes Baby Buns, Senat's new sliders stand coming to the Bourse Food Hall on Nov. 15. It will serve sliders, fries, and even frosé.

The two are also opening a restaurant and microbrewery in Germantown. Ti Dezord, which means "Little Badass" in creole, will serve Haitian-spice inspired beer, and the restaurant, Cafe Kreyol, will tout New American comfort food that intertwines with Haitian flavors.  They are planning to open another restaurant in Germantown sometime in 2020.

A PennLive article in July, marking Maison 208's one-year anniversary, had described Senat as pleased with the restaurant's progress during its first year in business.