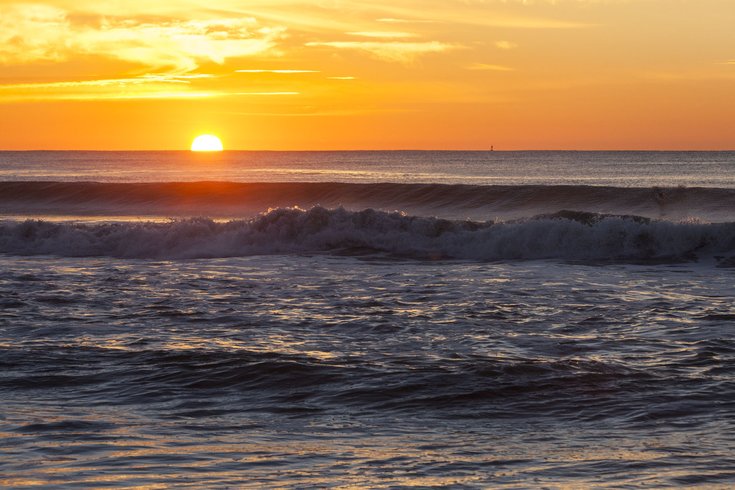 The ocean temperature off Atlantic City plunged 12 degrees overnight due to upwelling.

But waters to the north and south of Atlantic City mostly remain above normal, in the upper 60s to the lower 70s.

The rapid change, known as upwelling, is often very localized, as is the case now with Atlantic City, Viola explained.

For instance, Sandy Hook, in North Jersey, had a surf reading of 77 on Tuesday morning, she said. And waters in Cape May County are mostly in the upper 60s.

Atlantic City and the rest of Absecon Island's communities – Ventnor, Margate and Longport – are on an axis running from southwest to northwest, rather than north to south like most of the Jersey shore.

As a result, the surf off Absecon Island is vulnerable to southwest winds pushing the warm water offshore, allowing colder water to surface – thus the phrase upwelling. In other areas, southerly or northwest winds can cause the same rapid drop in the temp of surface waters.

Winds were southwest Monday and then Atlantic City was his by a thunderstorm around 6 p.m., further churning up cool waters.

"It doesn't mean it won't change," Viola said of the surf temperatures, though she had no prediction when the water off the shore towns along Absecon Island would return to more seasonable levels.