As tax season winds down, these U.S. jurisdictions have it best and worst

Filing season highlights discrepancies and policy implications from around the country 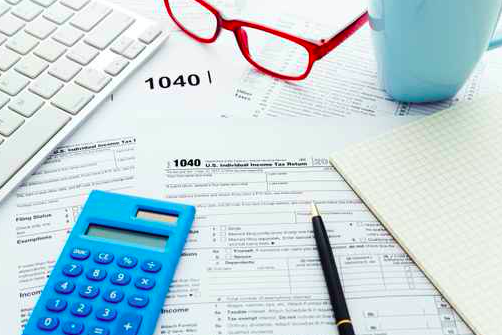 The annual number-crunching marathon of U.S. tax season is finally approaching its end point with a postmark deadline set for this coming Monday, April 18. Those "taking advantage" of the calendar's weekend extension – or, more to the point, those wishing they could do anything else on earth – may find the process of filing federal income taxes more of a revelation of the jarring differences between comparative rates in cities and states.

Residents of Alaska, Florida, Nevada, South Dakota, Texas, Washington, and Wyoming all have it made in the shade without a state income tax, while New Hampshire and Tennessee only tax interest and dividend income. Pro athletes relish roster spots on teams in these states and everyone else burdened by heavy state liabilities dream of a better deal to increase savings.

At the municipal level, Philadelphians bear the some of the most acute income tax pain in the country. Each year, the Office of the Chief Financial Officer in Washington, D.C. provides an analysis of the tax burden in 51 major U.S. jurisdictions. The rankings, based on calculations at various income brackets, can be summarized in part by using the 2016 median household income of $53,657 in the United States. Based on that figure, Philadelphia has the fourth heaviest burden among major U.S. cities.

Five other cities in the mid-Atlantic and Northeast U.S. – Boston, New York City, Baltimore, Newark, and Bridgeport – all hold places in the top ten at that income bracket.

Looking at the state level, several notable patterns stand out in a series of Bloomberg charts and infographics that break down the best and worst states to avoid income taxes. One chart looks at the gap between states' effective tax rates on the adjusted gross household median ($36,841) and the entry point of the top 0.1 percent ($1,860,848). Among all states, New Jersey comes in second in this category, with a range between 1.55 percent for the medium income group and 8.15 percent for the top 0.1 percent.

Pennsylvania, meanwhile, applies a flat tax rate of 3.07 percent on individual income, with no personal exemptions. The state collects on eight classes of income, which cannot offset against each other or be carried back and forward from year to year. Unfortunately, Pennsylvania residents fall in the upper third of the country for sales tax, which sits at 6 percent in 2016. That's an important point when it comes to state coffers: on average, just 36.5 percent of total state tax revenue comes from individual income tax, compared to 46.5 percent coming from state sales tax. Property taxes also draw in a hefty chunk of revenue.

As bad as it can sometimes seem in this part of the country, there are five states that allow individuals to deduct federal tax income without itemizing, a policy that tends to flatten the tax burden. In Missouri and Oregon, this still results in a progressive structure, but in Iowa, Louisiana and Alabama – the worst in this group – earners in the top 0.1 percent actually pay a low effective tax rate than many residents in lower income brackets.

No matter where you live or look around, the bottom line is that the impact of state income tax policy has obvious ramifications on both individuals and governments. This is most clearly illustrated by New Jersey's gap highlighted above. The state depends so heavily on tax revenue from its richest residents that the departure of billionaire hedge fund manager David Tepper, who relocated to tax-free Florida, could leave a $140 million dollar hole in and of itself.

New Jersey draws nearly 40 percent of its revenue from personal income tax — and a third of that comes from less than 1 percent of taxpayers. As NJ.com points out, the issue highlights the continued effects of former Mayor Corzine's "millionaires tax," last on the books in 2010, which boosted the state's top tax rate to 11 percent. That year, 88,000 individuals fled the state, taking with them $5.5 billion in annual income.

Tax season is, undoubtedly, a stressor of the highest order and a possible contributor – albeit necessary for a functioning society – to the only other thing we're guaranteed in life: death. Maybe that's a good reason we do this at the outset of Spring, and since we've got some nice weather in Philly this weekend, the best way to celebrate filing is to get outside and get some sun.