Akhiym Mickens was known for his lyrics and delivery; Meek Mill, Kendrick Lamar and Lloyd Banks were among those noting his passing on Monday 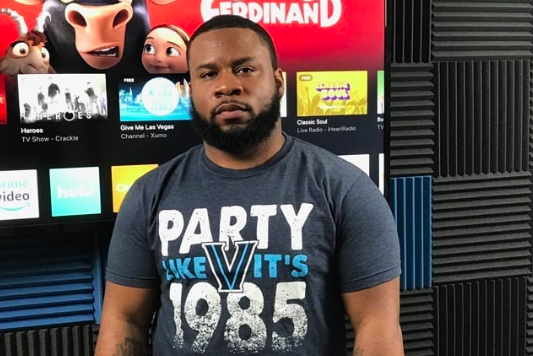 Philadelphia battle rapper Tech 9 reportedly has died, according to friends of the artist.

Tech 9, whose real name was Akhiym Mickens, was a pioneer of the battle rap scene, making a name for himself over the last decade competing in more than two dozen battles.

The cause of death has not yet been released, XXL Mag reported. He reportedly was 32 years old and is survived by his daughter.

The Source described Mickens as a pioneer in rap battle culture for both his lyrics and delivery. Later in his career, Mickens worked as a commentator on the popular show "Champion," cementing him as a leader and voice in the community.

An obituary for Tech 9, published Monday afternoon by Vibe.com, described his rise in the early 2000s and detailed the Philly battle rapper's ability to intermingle humorous rhymes into his performances. Eric Beasley, co-founder of Ultimate Rap League, said:

“To see Tech 9 command a room and make people laugh in a tense environment, was really unique. People would laugh in other people’s battles, but not the way that he had (them laughing). … His delivery and his theatrics combined made him so entertaining to watch. He could say some of the simplest things, but the way that he moved his face and his neck and his body language and everything else, it just brings everything that he says to life.”

When news broke Monday morning about Tech 9's death, there initially was confusion between the Philly native and similarly named Strange Music co-founder Tech N9ne until Buttah Madison confirmed what had happened with Tech 9's family.

Battle rap is more than a culture we are a family and today we lost a big part of our tree 😢😢😢 RIP to my man Tech 9 one of the best performers and crowd controllers in battle rap history my condolences goes out to his family and friends smh 😔😔😢 pic.twitter.com/VCYsSdda81

THEY SAY MY FACE DONT LOOK THE SAME WITH THE STOCK-

Condolences to the family of the late great Tech9 of philly. Rest well.

Damn. RIP Tech 9 🙏🏾.
Battle rap legend. Nobody had a style like bul.

Rest In Peace to the Philadelphia legend Tech 9

From the whole KOTD family,

Our prayers and deepest condolences go out to Tech 9’s family and friends.

He was a pioneer, a legend & a true champion #RIPTECH9 🙏❤️