Television – not the boob tube – but the band, is back 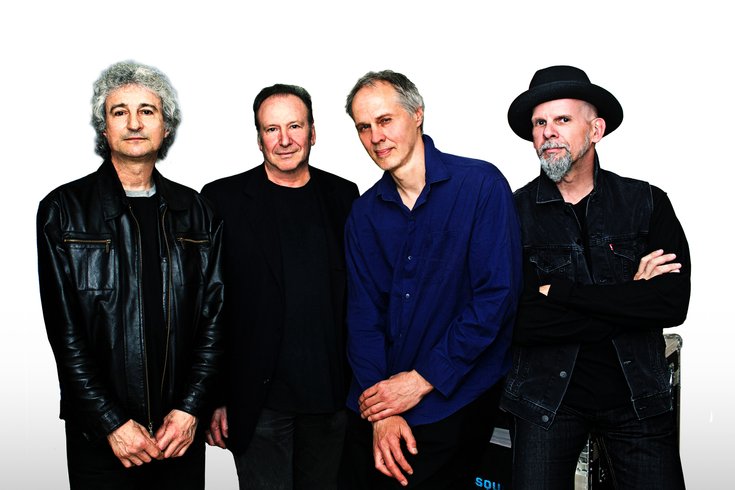 Television’s Jimmy Rip likes to laugh when he talks about his career. Not only does he share a good chuckle talking up his role as co-six-stringer to Television founder Tom Verlaine’s blissed-out, ethereal improvisations, Rip has tales to tell about jobs with Mick Jagger, Jerry Lee Lewis, Hall & Oates and Kid Creole & the Coconuts to boot.

“There are lots of stories to be told, man, and I should write them all down before I start forgetting,” Rip said.

Like longtime fans of Television’s initial melancholy, tension-filled albums “Marquee Moon” and “Adventure,” Rip knows that anything new from the Verlaine camp is rare.

“Yes, we play tons of fresh, unheard material in a live setting, but no, don’t bother to question when we’ll record them. Even I don’t ask anymore,” he said, noting the time elapsed between the skeletal “Adventure” (1978) and the band’s next album, “Television” (1992).

Having played with the Television leader since before Verlaine’s eponymous-titled solo debut of 1979, Rip knows well the ins-and-outs of one of rock’s most complicated personalities.

“I don’t even ask Tom what the set list is for a given show until like three minutes before we go on. I don’t think he knows until then.”

Talk with Rip about his initiation into all-things Verlaine and Television, and the guitarist beats me to the bar by stating that the quintessential downtown New York City band was never a punk act. Yes, Television’s brittle, cerebral jams came out at the same time and place as that of Patti Smith, Blondie and the Ramones, but that’s where the river splits from the road.

“It just happened to be that era, and that city, and that scene because there’s nothing really punk about Television except their attitude,” said Rip of band-mates Verlaine, Billy Ficca and Fred Smith.

Rip came to Television by replacing its co-founder, Richard Lloyd (“he left out of frustration”), but the guitarist already had a pedigree by that point worthy of any major league ensemble. Though he’s made several dark and woodsy blues albums as Jimmy Rip and The Trip, the guitarist made his bones with “the Duke Ellington of our time,” August Darnell and his Kid Creole & the Coconuts.

“The guy is a genius and I would play with him any time, despite having watched him get into real hardcore fights with his band,” Rip said of the Kid.

When it comes to mercurial musicians, no one has a harder, meaner reputation than “the Killer,” Jerry Lee Lewis, with whom Rip worked. Yet, with Rip, he said Lewis was a pussycat.

“Save for one time when there was some confusion about a sound issue and he lost his temper big time, Jerry was a sweetheart. Hell, he even apologized for that blow up.”

As for Mick Jagger, on whose solo albums, “Wandering Spirit” and “Primitive Cool,” Rip acted as musical director, the guitarist has nothing but lovely things to say.

“Mick was the consummate gentleman in every way,” said Rip.

“I mean, I lived in his house and traveled alongside him for the better part of a decade, and can hardly recall but one dust-up.”

“Look, we fight about stupid stuff all the time – and then we laugh about it – but at the end of the day, he’s one of the most thoughtful, thought-provoking people I know.”

So what is it about Rip that such complicated men have an interest in making music with him?