Temple football to stay at Lincoln Financial Field through 2018 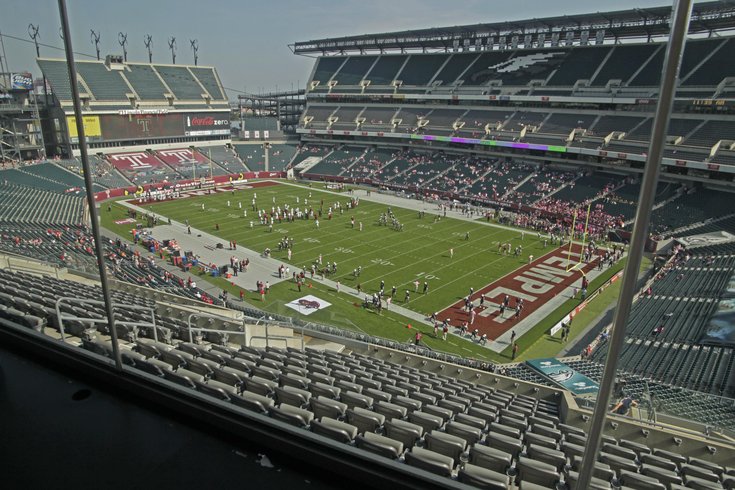 Amid a push for an on-campus stadium, Temple University has opted to keep playing at Lincoln Financial Field for at least an extra year.

The Inquirer reported Thursday that Temple has exercised a team option to stay at the Linc for the 2018 season, as per an amended agreement with the Eagles that gave two option years in 2018 and 2019 after the current lease expires in 2017.

Temple has been pushing to build a stadium somewhere on its North Philadelphia campus, but that proposal has been met with some fierce backlash from the community.

Part of the school's reasoning for trying to build its own stadium is because the Eagles are asking for a rent increase.

Mayor Jim Kenney has been among those who have criticized the Eagles for their asking price.