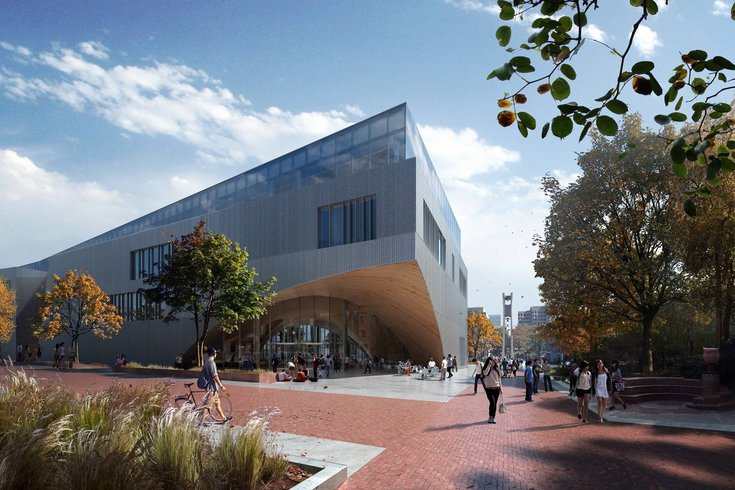 A rendering of Temple University's new library, slated to be completed in 2019.

Temple University's forthcoming library, which the university sees as the future "stunning centerpiece of Main Campus," will be named after a university trustee who donated $10 million toward the new facility.

Steve Charles' contribution – one of the largest in Temple history – will be invested into an endowment fund to maintain the library, the university said on Tuesday.

Charles, a 1980 Temple graduate, is a university trustee and a philanthropist who co-founded immixGroup, Inc., a tech distributor for federal government agencies and companies that do business with the government. Charles sold the firm in 2015 but still serves as a consultant.

Charles Library will open in May 2019, the university said on Tuesday.

With a sleek design inspired by Greek antiquity, the facility will boast high-performance computation supporting advanced research, an automated book retrieval system that saves space by storing books into metal bins and having a digital database on which users can search and request what they want.

The library will stand on the site of the razed Barton Hall on the corner of Liacouras and Polett walks – right at the heart of the university's main campus. The university plans to repurpose Paley Library, which was built in the 1960s, into a welcome center.

“Charles Library is a unique architectural presence on campus that will require continued investment to operate at its highest potential,” Dean of Libraries Joseph Lucia said in a statement. “Steve’s gift provides the financial capacity over the long term to achieve an endowment level that is liberating, exciting and a huge vote of confidence in Temple’s future. We couldn’t be more grateful.”

More information on the project can be found here.