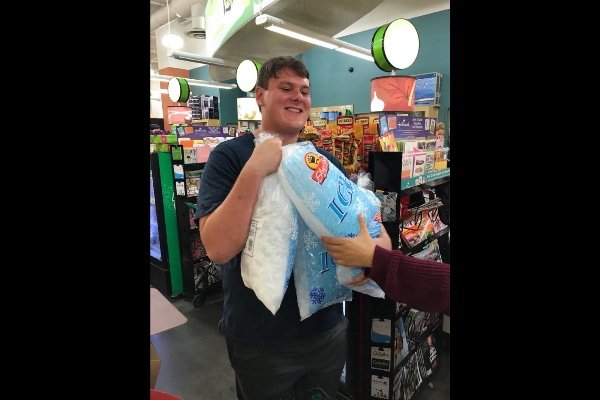 James Orlando, a junior in the Fox School of Business, is the second Temple student in the past week to die of an overdose. Michael Paytas, a senior marketing major, was found unconscious inside Paley Library. Officials later told The Temple News Paytas died of an accidental drug intoxication.

Further details on both students' deaths were not provided.

Temple Student Government released a statement on Orlando's death, noting the difficulty of the last several months following the losses of Jenna Burleigh in August and then Richard Dalcourt and Cariann Denise Hithon in October.

Statement regarding the passing of James Orlando. To the family and friends of James: we mourn with you. Rest in peace. pic.twitter.com/2qO1eEQLgA

"The past few months have not been easy for a single member of the Temple community," the statement read. "Despite our differences, we are all Owls and are connected by our shared desire to learn, serve and grow in both Philadelphia and the world around us, so we must draw close to gather during these times."

Orlando, 20, was originally from Reading and was a member of the Greater Philadelphia Chapter of Zeta Beta Tau, a non-affiliated fraternity, an organization the university discourages students from joining.

A GoFundMe page set up in Orlando's memory recalled the student warmly as a "carefree fun loving guy" and asked for help to support his family.

"He was always first to crack a joke to ease tension and the first to make someone feel welcome," said a statement accompanying the online fundraiser. "He was loved by his brothers, his long time girlfriend Emily and his parents. We will miss him dearly and although the rest of the semester and school year will be hard , he would want us to power through."