Region experiences an eclipse of about 75 percent of the sun 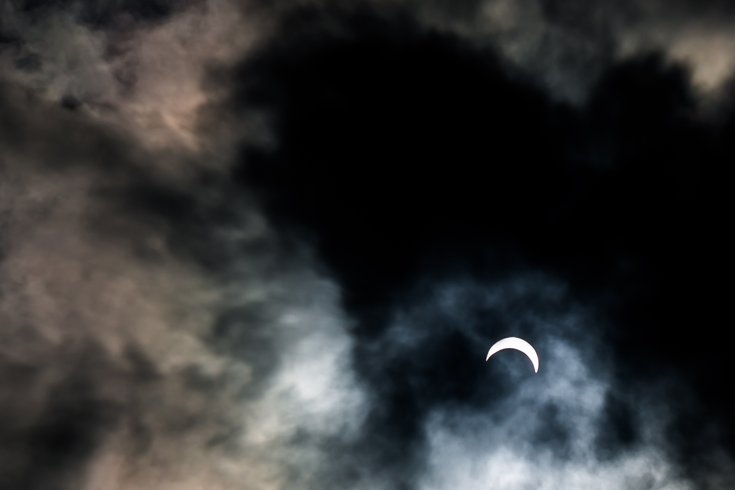 NASA has a ton of information online and also is livestreaming from multiple locations along the eclipse's path.

At the Camden County Library in Bellmawr, a grant from NASA@MyLibrary provided safe viewing glasses and educational support materials to eclipse watchers.

The branch was chosen through a competitive application process and is just one of 75 libraries in the country taking part in the NASA program. Events held as part of the program began in May and continue until October 2018.

As the eclipse peaked, about 100 people crowded into the parking lot, catching glimpses between scattered clouds.

Felicity Carden, 12, at the library with her brother, Matthew, 11, of West Berlin, and her grandparents, said she was excited to attend because, "I think it is cool!" 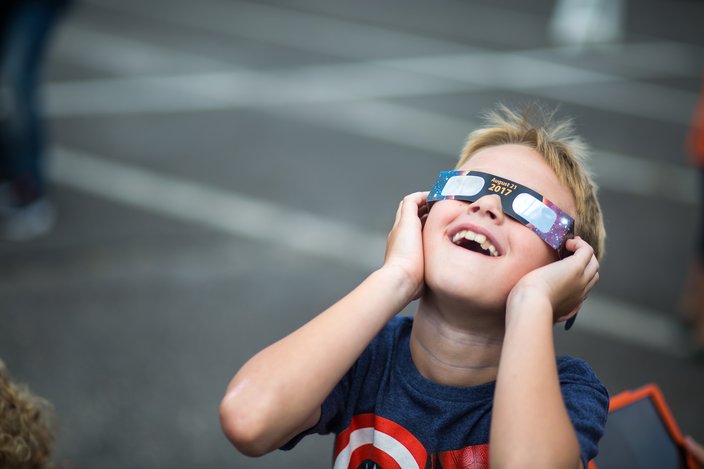 Her grandfather, Patrick Carden, was disappointed to discover the viewing glasses were already all reserved, but they spent time with the educational programs, including NASA'S live stream feed.

The swath where the full eclipse is visible is only about 70 miles wide, and it stretched across the country from the Oregon to South Carolina, where clouds are likely to obscure the sun along the coast. 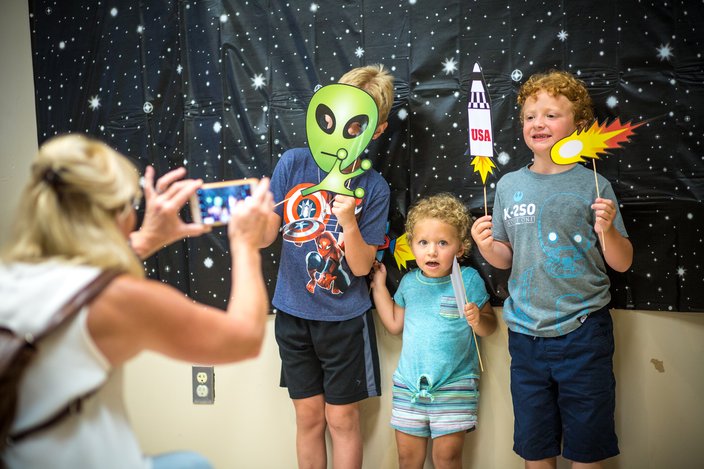 The Anthony P. Infanti Bellmawr Library in Bellmawr, N.J., offered activities centered around the occurrence of the solar eclipse on Monday, Aug. 21, 2017.

"I thought it would be neat," she explained.

Sean Duffy, a professor of psychology at Rutgers University-Camden said humans are fascinated with solar eclipses for a reason: They can't control an eclipse, it just happens.

"There are many such natural phenomena that attract interest – volcanoes, earthquakes, tsunamis –  where human frailty is challenged in the face of natural forces," Duffy said. "Thankfully, with eclipses, there is no negative consequences as there are with these other natural catastrophes. But there is something awe-inspiring in the idea that even if we didn't want this eclipse to occur, there is nothing we as a species could do to prevent it.

“There is something almost religious in the experience of natural events. Eclipses have been mentioned in both the old and new testaments as portents of change," he said. "For many people, an eclipse connects them to fundamental religious experiences." 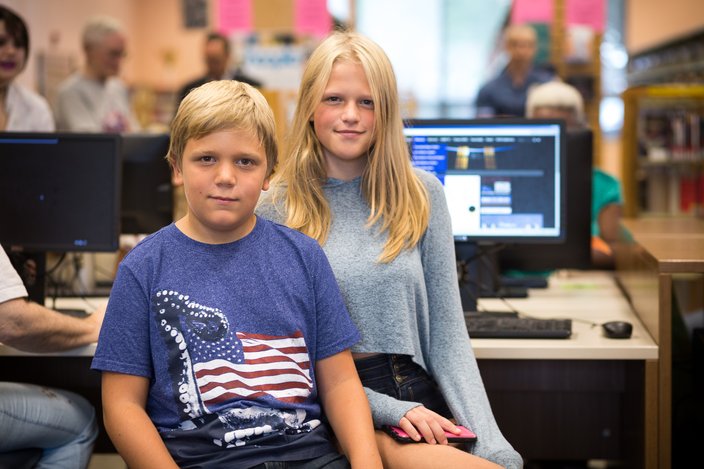 Matthew and Felicity Carden came to the Anthony P. Infanti Bellmawr Library in Bellmawr, N.J., to view the solar eclipse on Monday, Aug. 21, 2017.

Danny Bubb, the chairman of the physics department at Rutgers, explained the science behind eclipses.

"Solar eclipses occur when the moon blocks the sun from Earth's view. They are possible because the moon and sun have approximately the same angular diameter in the sky," Bubb said. "A closer and smaller object can appear to be the same size as a larger and more distant one. While the sun has a radius that is a few hundred times that of the moon, it also a few hundred times farther away from us.

"If we imagine the Earth and sun's orbit to define a surface like that of the ocean, we can see why eclipses are so rare. The moon's orbit actually cyclically dips below and rises above the surface much like a dolphin leaping out of the sea as it swims along. If the moon orbited Earth in the same plane as the Earth orbits the sun, eclipses would be a monthly occurrence.

"However, an eclipse is only possible when the moon passes through the plane of our orbit. Specifically, for a solar eclipse to occur, the moon must be new as it transits.

"Solar eclipses are relatively local phenomena on the Earth's surface. The moon's shadow typically tapers to a small cone known as the umbra. The umbra traces a very dark shadow across the surface of the Earth like a pencil tip. People who live in the region covered by the umbra experience a total solar eclipse.

"There is also a larger and less dark shadow called the penumbra. People the penumbra region, which includes the Philadelphia-area, will see conditions that range from twilight to that of a cloud passing in front of the Sun.

"Interestingly, total solar eclipses will cease to exist in a few hundred million years as the moon is slowly drifting away from Earth due to tidal interactions.