These 11 players did not win the MLS popularity vote, also known as the All-Star Game 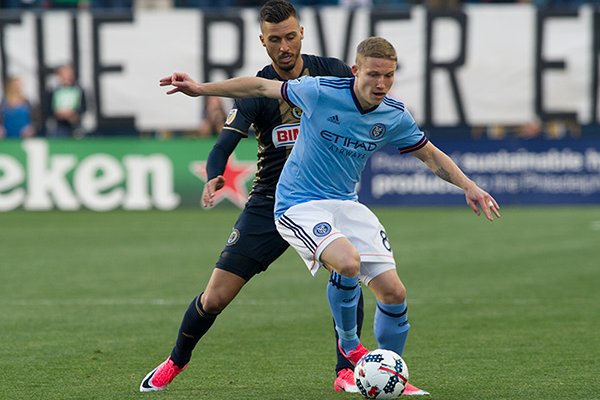 Like Clint Eastwood in Gran Torino, it's easy to whine about things that are out of your control.

One of those is the Major League Soccer All-Star Game, the annual popularity contest decided by fans, Commissioner Don Garber, and just one of the league's 22 coaches.

The other 21 are iced out, along with general managers, media members, assistants, and pretty much everyone else in the MLS community.


While it's great for fans to be a part of the process, they usually vote for their favorite player, not the one most deserving of selection, which results in roster spots for guys like Tim Howard and Kaka.

The problem with the ASG is that the purpose of the game can be defined in different ways.

Garber sees it as a way to market league stars and gain exposure in front of a global audience.

Fans see it as a chance to be directly involved in the roster building.

And I see it as a way to give credit where credit is due, rewarding players for their body of work over the first half of the season.

The reality, otherwise, is that this is usually a "lose-lose" situation in many ways. Real Madrid is this year's opponent in the annual "Catch 22" game, an exhibition where we're screwed if we win and screwed if we lose.

If Madrid wins, annoying Eurosnobs will say, "I told you the MLS sucks."

And if the All-Stars win, annoying Eurosnobs will say, "Well, it was just a preseason kick about."

The best we can hope for is a competitive and injury-free game with a couple of good goals.

Stefan Frei, one of the goalkeepers selected to the ASG, basically said that he was surprised about his inclusion while also stating that Melia has been the league's best stopper this season.

Kansas City has conceded a measly, league-low 14 goals this season while Melia tops the GK charts in pretty much every category.

His snub is nothing short of a travesty, a sham, and a mockery.

Probably the most improved player in Major League Soccer, he's been part of a Chicago backline that has been overshadowed by the firepower of a front six that includes the likes of Nemanja Nikolic, Bastian Schweinsteiger, and David Accam.

Vincent has been stout defensively while also chipping in three assists and 0.8 key passes per game.

The league's best center back by a country mile, he's currently recovering from a severe concussion, which should be irrelevant to the selection process.

He's the best defender on the league's best defense, averaging 3.8 clearances, 0.4 blocks, 1.8 interceptions, and 1.6 tackles per game. His 7.10 average rating at whoscored.com is 5th among center backs in 2017.

The 33-year-old missed a chunk of time this spring while dealing with a heart condition discovered in April.

Toronto is 5-2-5 in Moor's 12 starts this season, conceding just 11 goals and earning five clean sheets in the process.

It's bad enough that Graham Zusi, a converted midfielder, earned an All-Star nod alongside Dallas' Hernan Grana (who was underrated during his first MLS stint).

I guess Powell would get the nod here, playing on a Portland backline that has been bugged by injuries and shuffling at the center back position. He's been one of the few consistent performers in that defense, contributing three assists while adding 1.7 interceptions and 2.4 tackles per game.

A bulldog in the New York midfield, he's a big reason why they're challenging Toronto and Chicago in the East.

Ring's skill-set was a perfect fit for a City team that sorely needed a midfield destroyer, and he's free to roam as a box-to-box number eight on a skilled attacking team.

Alexander Ring is another big #MLSAllStar snub. One of the best CDMs in #MLS this season, leads league in tackles (84), crucial for #NYCFC. https://t.co/S9dM4pNBqu

Eight goals and seven assists for the Galaxy winger, who has been the best player on a rather disappointing team.

His numbers are almost identical to those of Columbus midfielder Justin Meram, who has one fewer assist but hasn't taken any penalties this year. There's justification for the inclusion of both of these guys.

The MLS co-assist leader didn't even make the All-Star Game, which is probably what happens when you play alongside Jozy Altidore, Michael Bradley, and Sebastian Giovinco.

Realistically speaking, we could probably put half of the Chicago team on the All-Star roster. Someone had to miss out.

Eleven goals and four assists for one of the league's more overlooked strikers.

Urruti has five tallies in his last six games and has already eclipsed his MLS career high of nine goals. He's on pace to shatter personal bests in goals, assists, and minutes played.

FT: This second half Maxi Urruti goal sealed it for FCD.@FCDallas takes a 3-1 win over Toronto FC: https://t.co/kb9V7YIKjn #DALvTOR pic.twitter.com/CM8cmq3pfx

He's the only double-digit MLS goal scorer without a penalty conversion (or even attempt).

The other thing I like about Ramirez is that he's generally consistent. He hasn't gone more than two games this year without a goal, and his on-target ratio of shot attempts (50 percent) makes him one of the league's more accurate finishers.

Ramirez isn't getting a lot of attention because he's on a struggling expansion team, but the 26-year old can play. 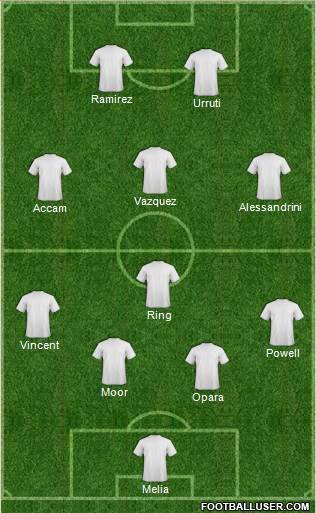