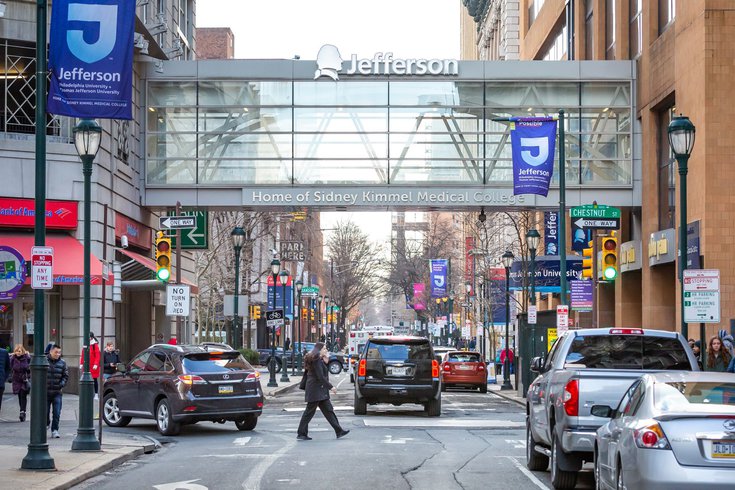 Jefferson reportedly lost more than $298 million in the last fiscal year, despite receiving $320 million in government funding during the COVID-19 pandemic.

Thomas Jefferson University is consolidating services and eliminating positions as it seeks to reduce expenses amid the ongoing public health crisis.

At least 500 full-time jobs will be cut by leaving open positions unfilled, according to an internal email obtained by the Inquirer. Many employees will be expected to take on more responsibilities.

Retirement plan contributions will be paused in 2021, saving Jefferson $140 million. Additionally, top executives will have their salaries reduced by an undisclosed amount.

The cost-saving measures will preserve 2,000 to 2,500 positions and allow Jefferson to move forward with its capital projects in order to remain competitive in the region, Dr. Stephen Klasko, president of Jefferson University and CEO of Jefferson Health, wrote in the email.

Jefferson had an operating loss of over $298 million in the last fiscal year despite receiving $320 million in government funding amid the COVID-19 pandemic, the Inquirer reported. Delays in elective surgeries have contributed to Jefferson’s financial losses.

"The reality is, unless addressed, the pandemic will dramatically affect our ability to fulfill our mission," Klasko wrote in the email. "If there is just one takeaway from this communication, it should be that our primary goal was to do all we could to preserve jobs and maintain current levels of pay for as many employees as possible."

Jefferson has undergone a significant expansion in recent years, growing into a 14-hospital system that serves much of the Delaware Valley and merging with Philadelphia University.

Jefferson plans to break ground this fall on a 19-story medical building that will centralize the health system's clinical services, including its Sidney Kimmel Cancer Center. The Speciality Care Pavilion, a $762 million project, is expected to open in 2024 at 11th and Chestnut streets in Center City.

But it has faced some recent setbacks too.

A deal to purchase Fox Chase Cancer Center from Temple Health was called off in May due to the financial impact of the COVID-19 pandemic. And a pending deal to acquire Albert Einstein Healthcare Network has come under the scrutiny of the Federal Trade Commission, which filed a lawsuit in February to block the acquisition.