Alas, the agency that arranged for the charitable donation didn't take pictures of people sporting that gear 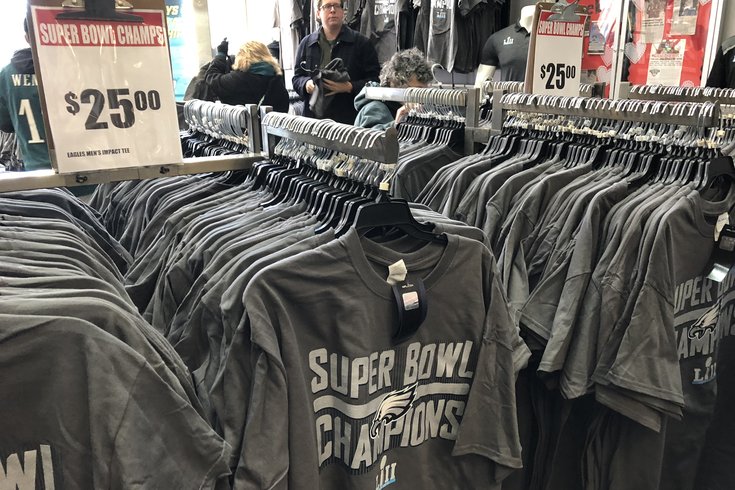 Remember when the Philadelphia Eagles won Super Bowl LII? Yeah, that was fun.

It was so fun, in fact, that Birds fans bought more victory merch than any NFL team’s fanbase ever in the days after the big game.

That they did so quickly was made possible by the fact that Super Bowl Champion gear was produced – for both the Eagles and the New England Patriots – even before the game was played.

Of course, the Patriots shirts, sweatshirts, hats and more were nothing but lies in garment form.

They weren’t torched or destroyed, though. Nope, the NFL teamed up with Good360, which is an agency that "transforms lives and strengthens communities by mobilizing companies to donate critically needed goods" and a "global leader in product philanthropy and purposeful giving.”

Together, they worked to send the "now-erroneously pre-printed New England Patriots championship gear” overseas to people in need.

Good360’s Shari Rudolph shared some good news and some bad news about that process.

The good news: Those items have been distributed.

The bad news: They don’t have photos of people wearing them which could be used to, I don’t know, snarkily rub salt in Patriots’ fans wounds. (There are some traces of wrong-minded gear online if you'd care to see them, though.)

"We do everything we can to prevent those items from finding their way back into the U.S." – Shari Rudolph

“This year, the championship gear went to a handful of countries in Eastern Europe, Asia and Africa,” she told PhillyVoice on Wednesday. “We don’t disclose more specifics because of the nature of the product and we do everything we can to prevent those items from finding their way back into the U.S.

“Goods are provided to areas and communities where there is verified need for these kinds of items.”

So, there you have it: Shirts, sweatshirts, hats and more – “Thousands of items,” Rudolph said – are now being worn in Eastern Europe, Asia and Africa.

If you happen to see any of them, by all means email us a pic. We’d love to see the Eagles Super Bowl victory helping those in need.