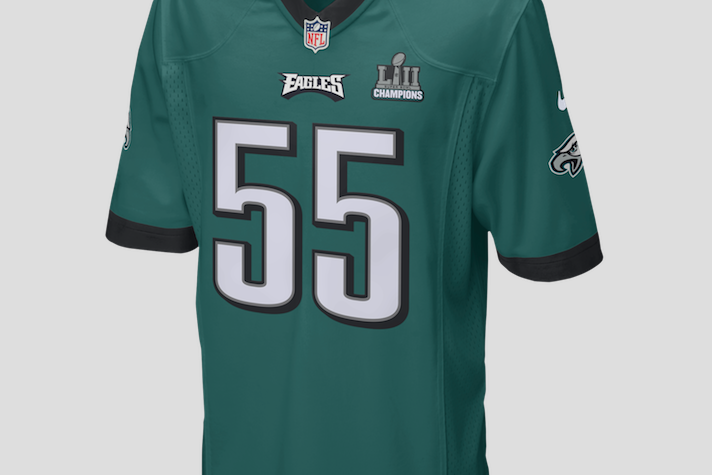 When the defending champion Philadelphia Eagles take the field at home against the Atlanta Falcons on Sept. 6, they'll be wearing a special patch to commemorate their victory in Super Bowl LII.

Fans can now purchase these limited edition jerseys for themselves to add to their collection of Super Bowl memorabilia.

Just about every key player on the championship team is represented in the collection, from Fletcher Cox and Cory Clement to Brandon Graham, Zach Ertz, Nick Foles and Jason Kelce. 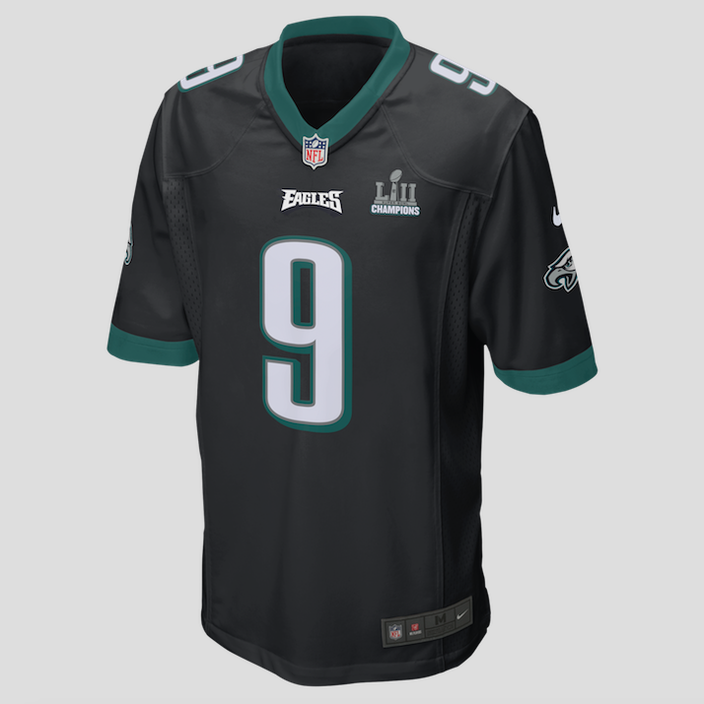 The jerseys retail for $119.99 and are 100 percent recycled polyester with mesh side panels.


Eagles fans are far and away the biggest consumers of Super Bowl gear in NFL history. Why stop now?

The Eagles will sell more merchandise in total than any other Super Bowl Champion according to Fanatics and this will be Fanatics’ second-best selling championship event only behind the Cubs’ World Series in 2016. Here’s a heat map of sales immediately following the game. pic.twitter.com/oMVWubvOWR

You can browse the full Fanatics collection here.